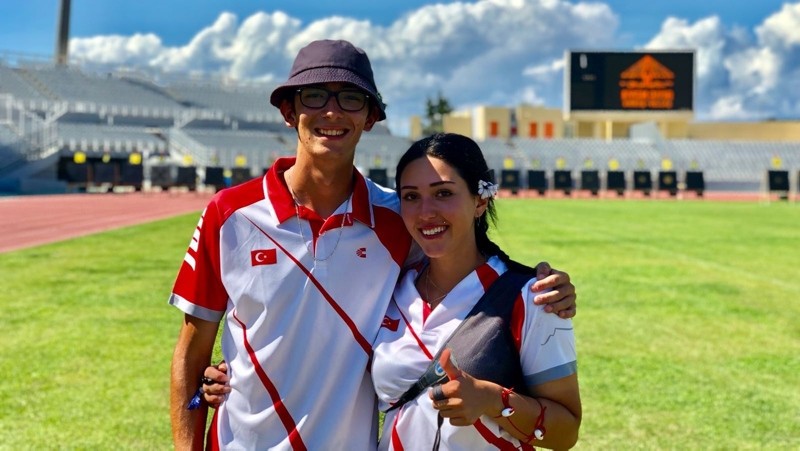 Anagöz and Gazoz broke the world record in the recurve mixed category with 1,348 points.

The archers had just returned from the European Grand Prix, an international tournament in the Bulgarian capital of Sofia that was held in August.

Gazoz, along with Gülnaz Büşranur Coşkun, had taken the gold medal and scored 1,333 points in the Recurve Junior category.

Gazoz also won the gold in the recurve men's category at the same championship.

Gazoz and Anagöz were the previous record-holders in the same category with 1,307 points at the 2018 Hyundai Archery World Cup in Berlin on July 16.

He also represented Turkey at the 2016 Rio Summer Olympics.