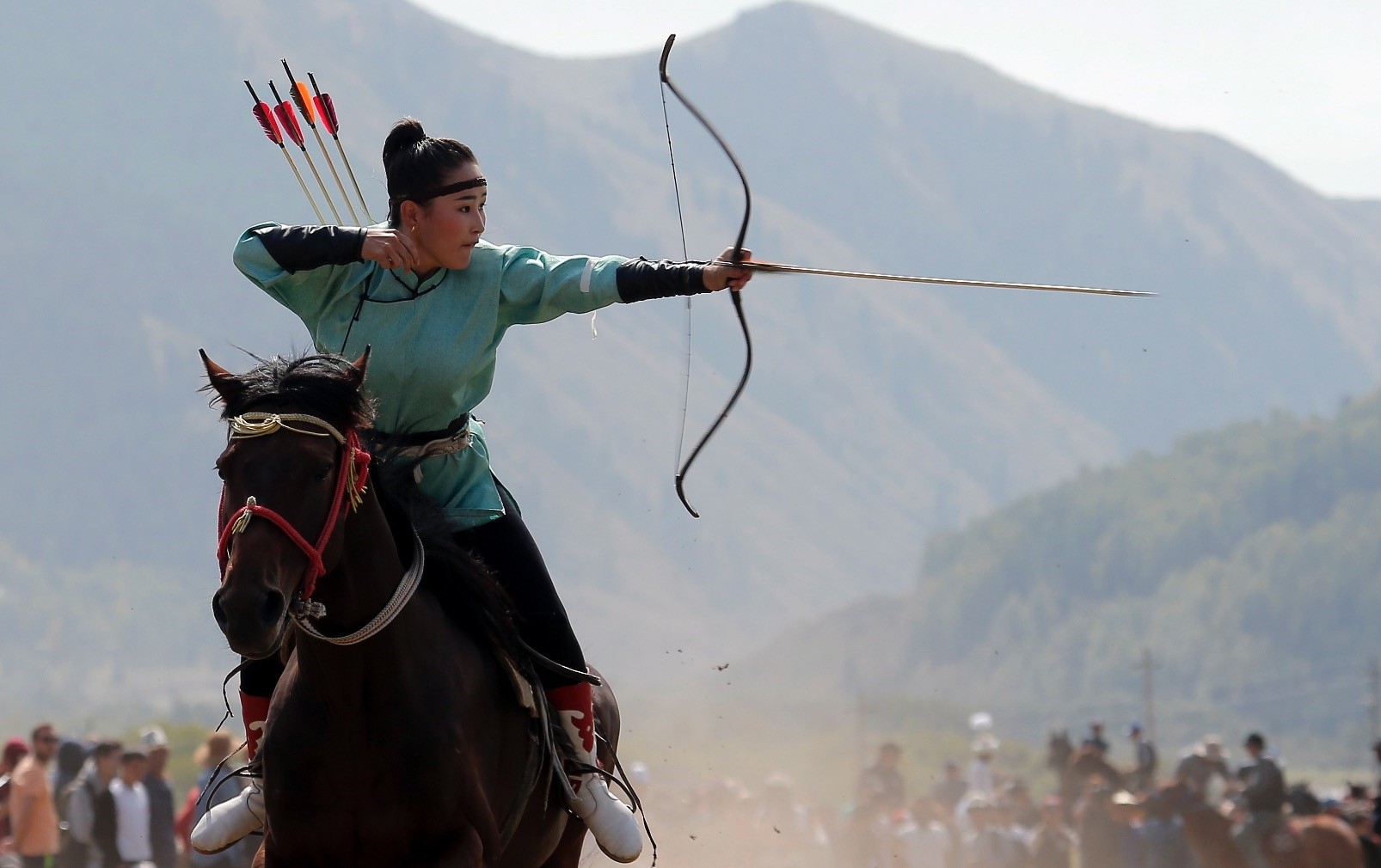 A woman takes part in an archery event during the 3rd World Nomad Games at Issyk-Kul lake.
by Anadolu Agency Sep 10, 2018 12:00 am

Host nation Kyrgyzstan claimed 103 medals to top the World Nomad Games 2018 medals tally as the games came to an end Saturday. The contest, held in northern Cholpon-Ata province, saw the participation of some 1,986 athletes from 74 countries. Kyrgyzstan at the top of the table claimed 40 gold, 32 silver and 31 bronze medals. Kazakhstan was second, with 35 medals, including eight gold and 24 silver medals. Russia came third with 17 gold, 12 silver and 27 bronze medals. Meanwhile, Turkey came in 10th with six medals - including two gold medals and one silver in long-range archery. It also bagged three bronze medals in wrestling. Turkey's flag carrier, Turkish Airlines, was one of the main sponsors of the competition, while Turkish Cooperation and Coordination Agency (TİKA) was one of the supporters of the Nomad Games.

Canadian mining company Centerra Gold and Kyrgyz mobile phone operator MEGAKOM were the other main sponsors. Anadolu Agency (AA) and Turkish Radio and Television Corporation (TRT) were the media partners of the event.

Boronov thanked the Kyrgyz people, all institutions, athletes, guests, sports delegations, press members, spectators, business people and volunteers for their efforts. He said that this year's games would contribute to people's unity and solidarity. He added that around $4.3 million had been allocated for the games. Of the total amount, $2.4 million came from 480 sponsors. Some $507,000 was given away as prize money. The 4th World Nomad Games will be held in Turkey in 2020.