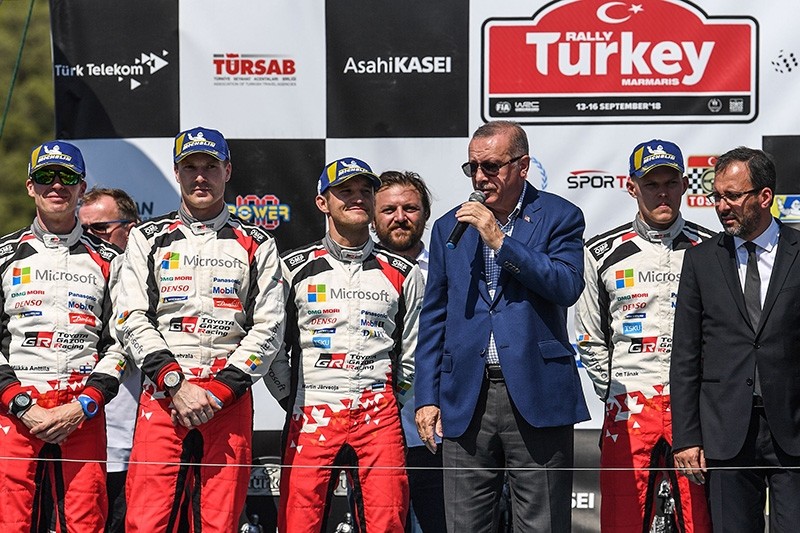 After a performance of the Turkish national anthem, the race's winners took the podium and were congratulated by the president.

Erdoğan presented Tanak with the winners' cup. Tanak, in a Toyota, claimed his third consecutive victory to move up to second place in the world championship standings.

The WRC Turkey was held between Sept. 13-16 in the Mediterranean resort town of Marmaris and hosted 68 cars from 22 countries to race 875 kilometers (544 miles) in 17 stages in 4 categories.

Turkish Automobile Sports Federation (TOSFED) announced that it will host the winner aboard a luxury motor yacht for a week to explore the Turkish Riviera.