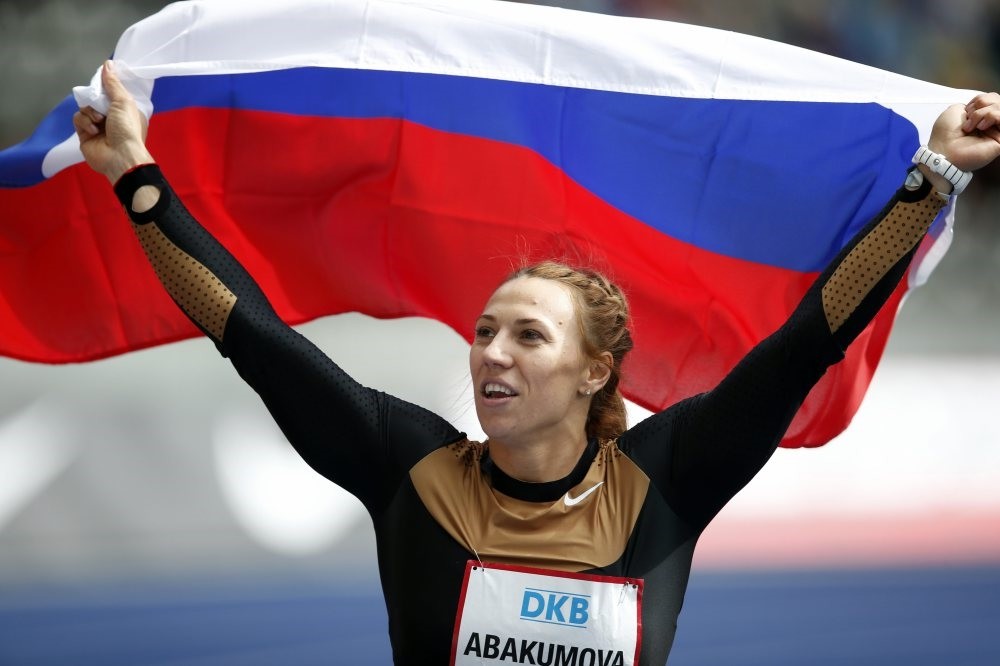 Russia's Maria Abakumova celebrates after winning the Women's Javelin Throw competition at the ISTAF Athletics Meeting in Berlin, Sept. 1, 2013. She was one of the silver medal winners whose doping retests reportedly came back positive.
by Sep 22, 2018 12:00 am

The World Anti-Doping Agency (WADA) on Thursday lifted a ban on Russia's anti-doping agency, paving the way for Russian athletes to return to competition.

"Today, the great majority of WADA's Executive Committee decided to reinstate RUSADA as compliant with the World Anti-Doping Code subject to strict conditions," WADA president Craig Reedie said. Reedie said the decision "provides a clear timeline by which WADA must be given access to the former Moscow laboratory data and samples." He said if the commitment were not met, WADA would reinstate the ban on the Russian anti-doping agency. The decision was taken at a meeting of WADA's Executive Committee in Victoria, capital of the Indian Ocean island of Seychelles.

The Russian government applauded the decision to lift RUSADA's three-year suspension, saying it was the result of "enormous work" by Russian authorities to improve their procedures.

"Russia confirms its adherence to the principles of clean sports competition," she said.

"Over the past years Russia has done enormous work to create transparent and understandable measures to prevent doping," she said. She said those measures included criminal prosecution for those who force someone to take banned substances.

WADA suspended RUSADA in November 2015 after declaring it to be non-compliant following revelations of a vast Russian-backed scheme to avoid drug testers. A WADA report by Canadian lawyer Richard McLaren accused Russian authorities of running an elaborate doping program with the full support of the Russian Ministry of Sport and the Russian secret service (FSB).

RUSADA's reinstatement could have far-reaching implications across the sports world. Most significantly, it removes a key obstacle to lifting the suspension of Russia by the International Association of Athletics Federations (IAAF), track and field's global governing body. The IAAF has taken a hardline stance on Russian athletes since the scandal emerged, refusing to lift its ban shortly before the European Championships.

The IAAF will review Russia's status once more at its council meeting in Monaco in December after a report into two more pre-conditions on which they have insisted - an acknowledgement by the Russian authorities that there was a cover-up and access to test samples data from the Moscow lab between 2011 and 2015.

"The setting of our own criteria and the process of evaluating progress against these criteria has served athletics well over the last three years so we will continue to rely on the task force and our clear road map for RusAF (Russian athletics federation) reinstatement until we are satisfied that the conditions have been met," said IAAF chief Sebastian Coe.