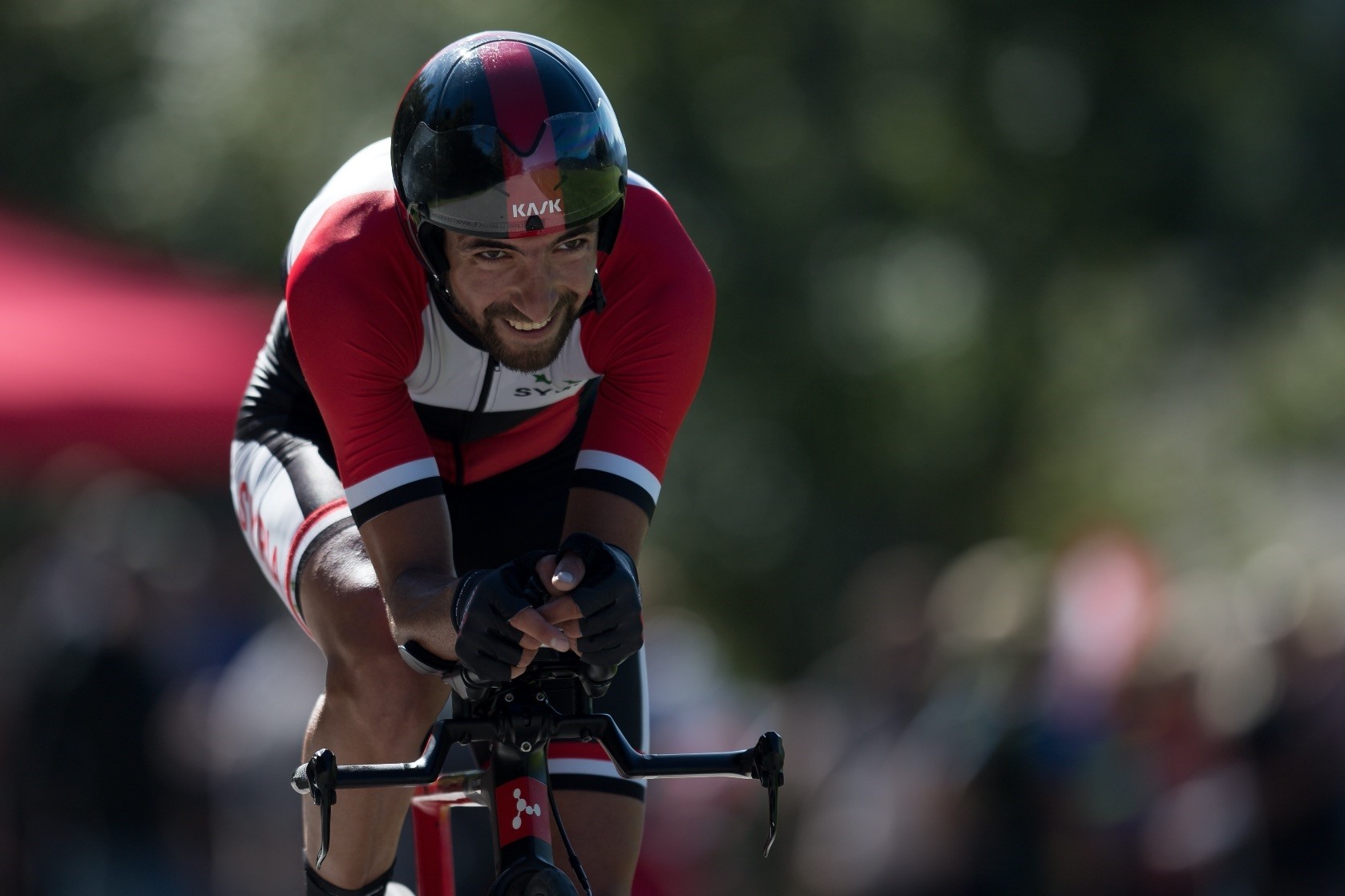 Ahmad Badreddin Wais (above) fled the war in Syria four years ago and a long and tortuous journey has led to a place on a professional cycling team and a fresh attempt at the world championships. Wais, 27, was a student in Damascus in 2014 when he fled the war, travelling through Lebanon, Turkey and Greece before eventually finding refugee status in Switzerland. Flying past the finish line of the men's world championships time-trial with its dramatic Alpine backdrop, Wais looked just like any other competitor, except for the word Syria written on his red, white and black bodysuit.

"That was a really tough race," he told AFP at the finish line, "and I was really worried about that climb.

"For a small team the logistics are difficult," he said as he was greeted not by a team manager but by his friend, Swiss cyclist Marlen Reusser, who came 17th in the women's event the day before. Wais was only able to train along the route once, since arriving in the Austrian city of Innsbruck, where he is staying at an Airbnb apartment to keep to his limited budget. It was his second taste of the worlds, having competed for the first time in Bergen, Norway, last year. Asked how it felt to wear the Syrian national colours, a cloud of worry crossed his face. "I want to say to everyone in the world, for our young people who are growing up and learning or training for something, well they need peace to do that," he said.

"We hope to stop the war one day soon, for all Syrians."

Wais eventually placed 53rd on the day from a start list of 58, covering the 52.1 kilometres in 1hr 18min 33sec, about 15 minutes slower than the new world champion, Australia's Rohan Dennis. Elite riders at the world championships will have had a chance to do a full practice route around 10 times, whereas Wais covered it just the once.