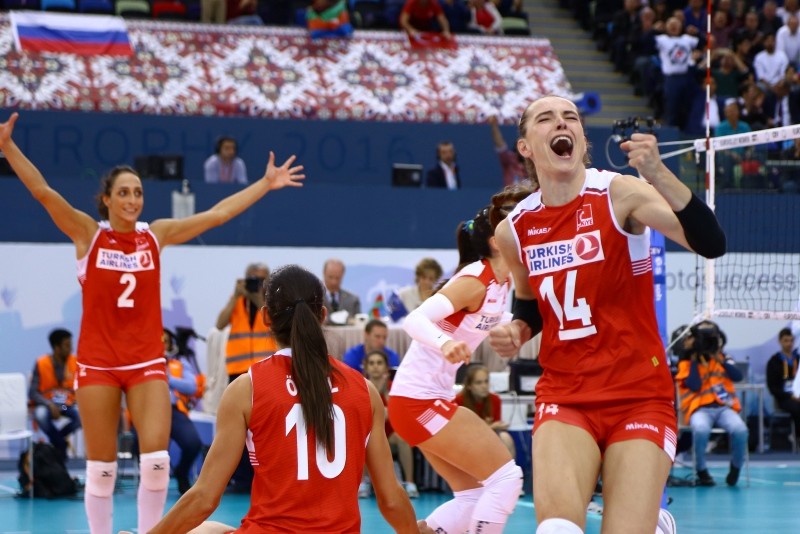 Turkey beat Bulgaria 3-0 in Group B in the FIVB Volleyball Women's World Championship in Japan on Tuesday.

In Group B, in its three matches so far, Turkey has two wins against Canada and Bulgaria under its belt and one defeat by China.

The 2018 FIVB Volleyball Women's World Championship began in Japan on Saturday. Japan is hosting the world's top 24 teams in six different cities during the tournament, which lasts through Oct. 20.

In the first round, 24 teams were divided into four pools of six teams playing in a round-robin system, with the top four teams in each pool advancing to the second round. The 16 teams in the second round will be split into two pools of eight.

In each of the two second-round pools, each team will play only against the four rivals they did not face in the first round.

The top three teams from each second-round pool will progress to the third round, where two round-robin pools of three teams will determine the four semifinalists.

In July, team USA won the inaugural Volleyball Nations League after beating Turkey 3-2 in the final.

The four groups are as follows: