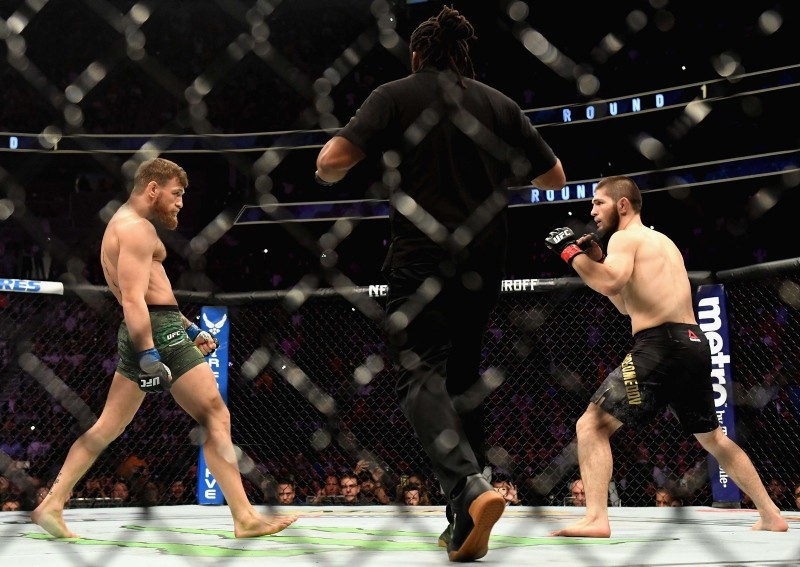 Khabib Nurmagomedov of Russia (R) and Conor McGregor of Ireland (L) start their UFC lightweight championship bout during the UFC 229 event inside T-Mobile Arena on October 6, 2018 in Las Vegas, Nevada. (AFP Photo)
by Oct 07, 2018 12:00 am

Nurmagomedov improved to 27-0 in his professional career -- 11-0 in UFC bouts -- with the win at a sold-out T-Mobile Arena in Las Vegas.

McGregor managed to stay on his feet for most of the third round, but the once feared striker couldn't hurt Nurmagomedov and in the fourth, the champion took him down again.