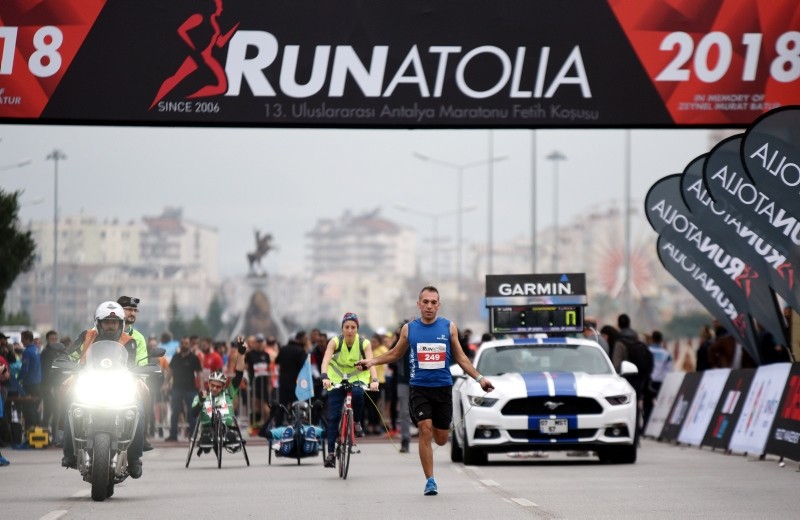 Volkan Yıldız has entered the Guinness World Records as the fastest marathon skipper – the sport of skipping rope while running – after skipping 42 kilometers (26 miles) in three hours, 29 minutes and 54 seconds in Turkey's southern Mediterranean province of Antalya.

After several months waiting for the camera footage of the race to be analyzed, Yıldız received his official record certificate and signed his name in the record book this month.

Yıldız, a Kocaeli native who started running over six years ago to shed some weight, was inspired by his daughter to try marathon skipping. He initially competed in running marathons, but decided to bring a twist to the sport by marathon skipping instead.

Yıldız said his next goal is to compete in the upcoming Vodafone Istanbul Marathon held every November.

Knox became the world's fastest marathon skipper in 2017, when he finished the U.S. Seaside Full Marathon in Ventura, Califonia, in four hours, 20 minutes and 14.6 seconds. Knox had also broken the Guinness World Record for dribbling two basketballs while running a full marathon in London.