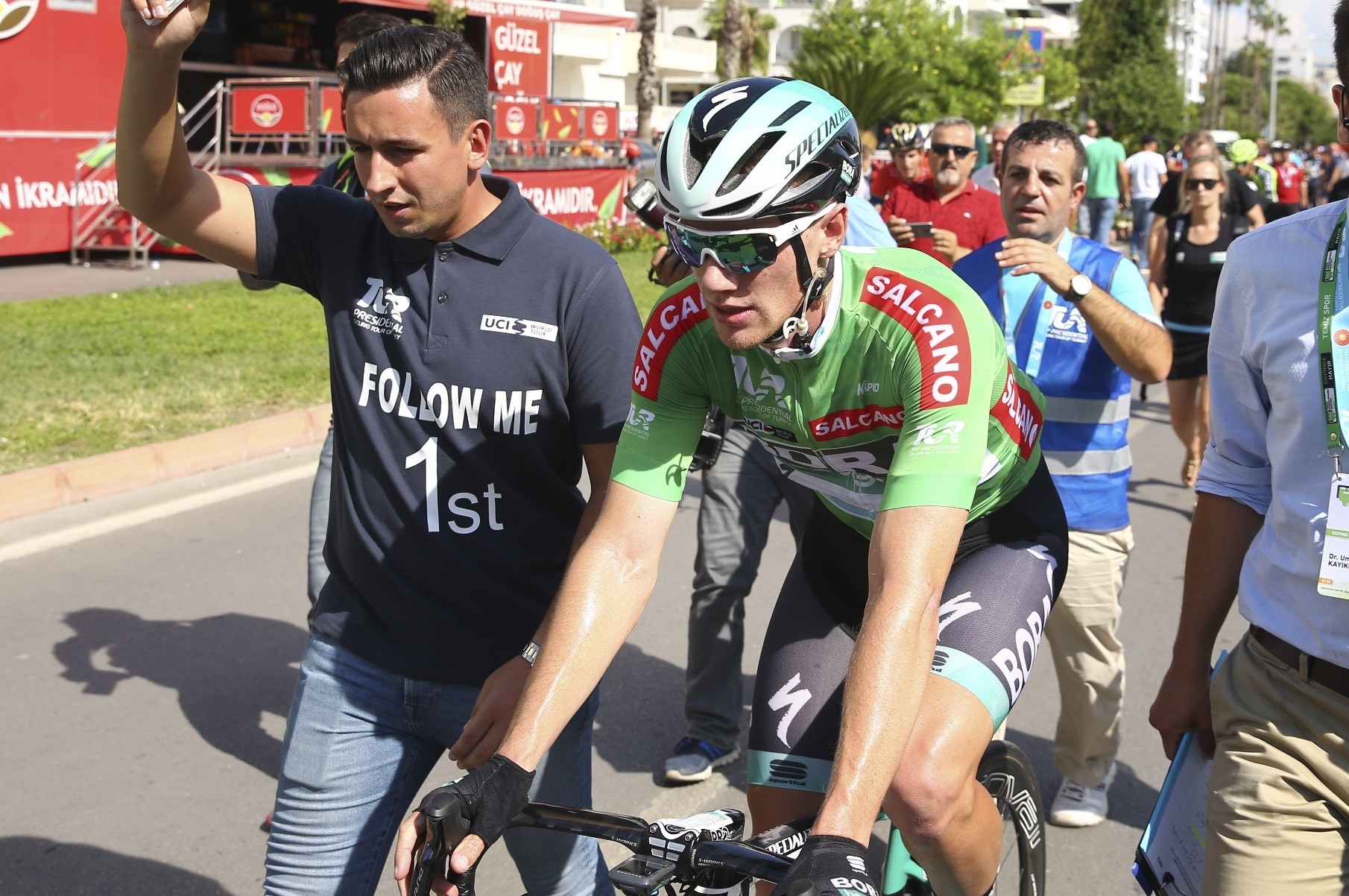 Ireland's Sam Bennett won the third stage of the 54th Presidential Cycling Tour of Turkey yesterday. Bennett, who rides for the Bora-Hansgrohe team, won the 132.7-kilometer-long race in Marmaris in 3 hours 16 minutes and 47 seconds. He also came first in the second stage on Wednesday, winning the 149.6 kilometer-long race in Alanya in 3 hours 24 minutes and 37 second.On Tuesday, Argentinian Maximiliano Richeze won the first stage.

For the second time, the Tour of Turkey is being held in World Tour category. This year's event sees 20 teams from across the world, including the Turkish national team, race in the 950-kilometer, 6-stage tour. After its promotion to World Tour category, the Tour of Turkey is expected to reach a large audience through broadcasts in more than 120 countries.

Organized by the Turkish Cycling Federation, the Presidential Cycling Tour of Turkey debuted in 1963 and became an international race two years later. The world's only intercontinental cycling tour, cyclists will ride in the Eurasia tunnel which connects Europe to Asia under the Bosporus Strait. Nine World Tour teams are among 20 teams with 140 cyclists racing in the Tour of Turkey. This year, the six-day tour started in Konya on Oct. 9 and will end in Istanbul on Oct. 14.