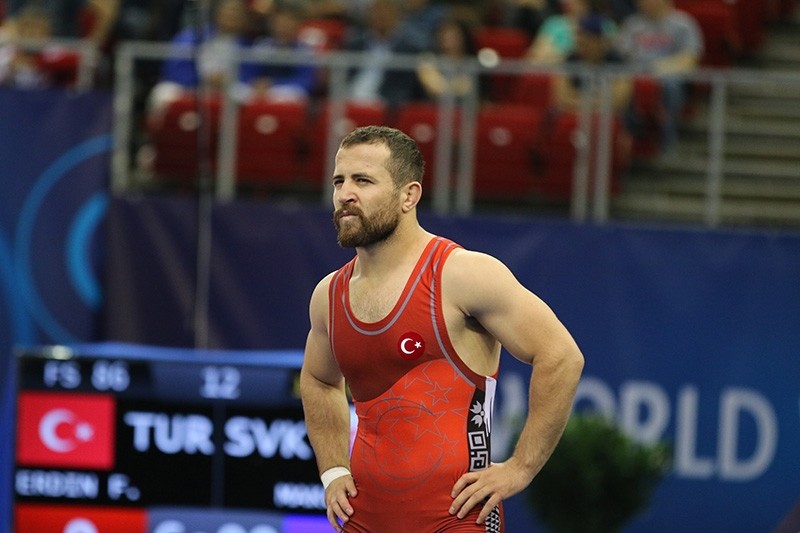 Erdin -- who competed in the world championship for the first time -- lost to the U.S.' David Taylor 12-2 on the second day of the event.

Erdin had defeated Slovakia's Boris Makoev 8-7 in the round of 16 and won against South Korea's Kim Gwan-uk 10-0 in the quarterfinals.

He beat Spain's Taimuraz Friev Naskidaeva 7-4 in the semifinals to advance to the title match.

More than 850 wrestlers from 97 countries are competing in Budapest to win one of the 30 world titles in freestyle, Greco-Roman and women's wrestling.

The championships will run through Oct. 28.