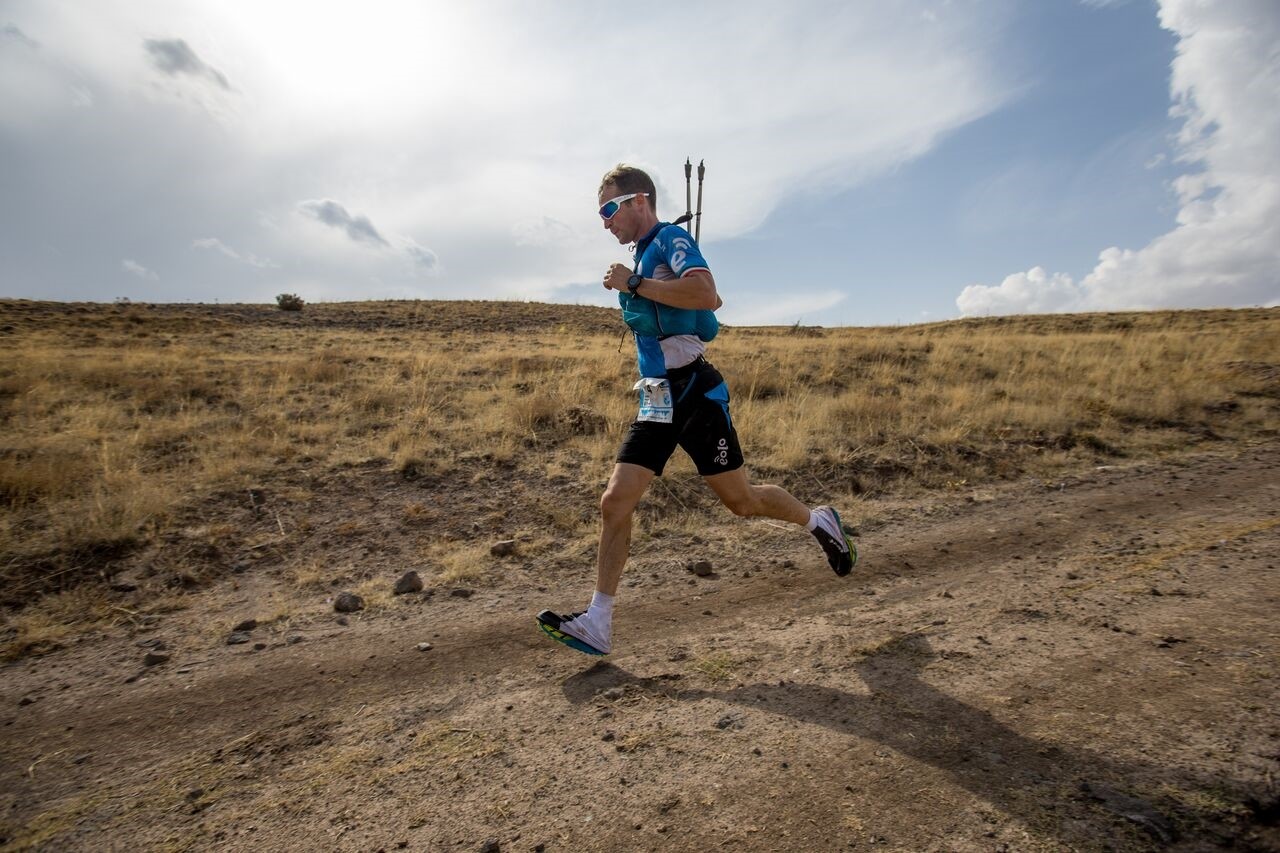 Macchi defeated 262 others in the 119-kilometer race which had a variation in altitude of more than 3,730 meters across the iconic chimneys and valleys of scenic Cappadocia, a UNESCO World Heritage Site.
by Anadolu Agency Oct 22, 2018 12:00 am

Italian trail runner Andrea Macchi won Turkey's prominent footrace Salomon Cappadocia Ultra Trail 2018 title on Saturday. The 32-year-old runner defeated 262 others in the 119-kilometer (74 miles) race finishing the run in eleven hours and 12 minutes. The race had a variation in altitude of more than 3,730 meters across the iconic chimneys and valleys of scenic Cappadocia, a UNESCO World Heritage Site. Macchi said he was happy to win such a difficult long-distance race. "The course was so long and very difficult. I knew nothing about it. The footpath was very hard but I loved the tectonic streets and mountains," Macchi said. He stated that the landscape was "amazing" and local community were friendly.

"The most beautiful thing is that all the people especially tractor drivers [passing through the course] said hi to me," Macchi added.

Cappadocia, which lies in Central Anatolia's Nevşehir province, is known for its volcanic rock formations, underground cities and churches carved into mountainsides.