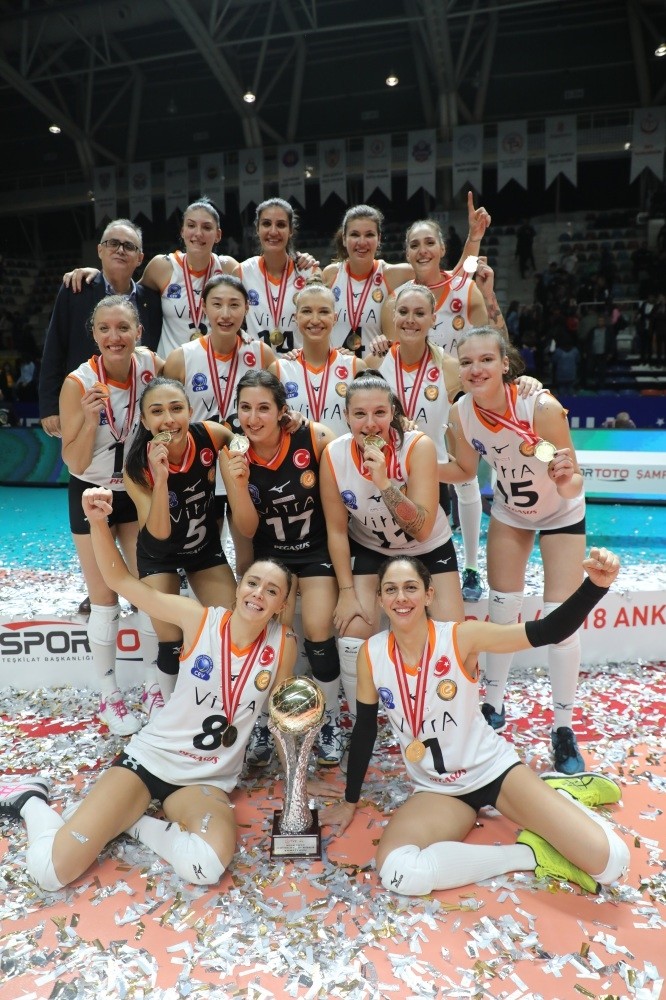 On April 10, the orange and white team triumphed in the top-tier CEV Champions League after beating Belarus's Minchanka in Istanbul. Eczacıbaşı VitrA won on sets with scores of 25-17, 25-17 and 25-17, marking a final score of 3-0 against Minchanka at home in the Burhan Felek Arena. The event marked the team's fifth victory in the internationa

The undisputed leader throughout the playoffs , the orange and white team won every one of its 10 CEV Cup matches, ceding zero points to its six playoff rivals. This was the second time that Eczacıbaşı VitrA has won the CEV Cup; the first was in 1999 when the tournament was called the CEV Cup Winners Cup. Overall, this is the fifth cup that Eczacıbaşı VitrA has won in international tournaments.