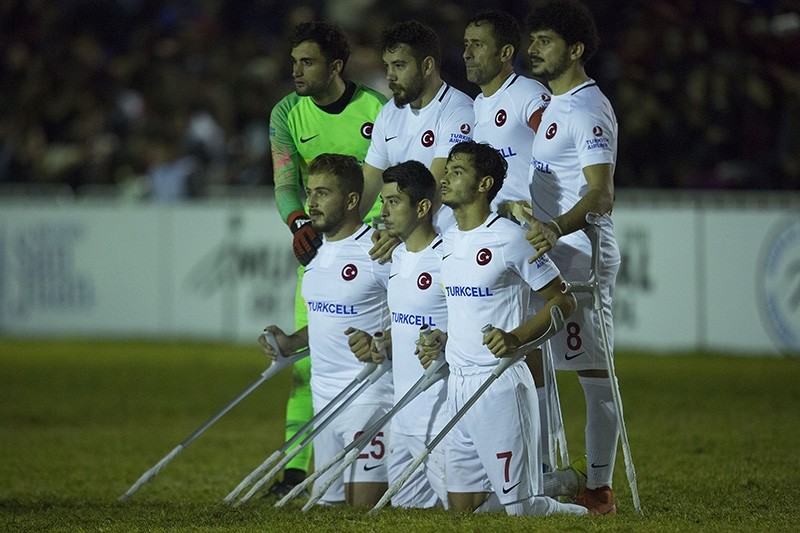 Turkey's national amputee football team was named second in the world Sunday, after losing to Angola 5-4 in penalty kicks at the Amputee World Cup.

In the final game of the 2018 tournament in Mexico on Sunday, both sides failed to score a goal and the match continued with two 10-minute periods of extra time.

After that extra time passed with no winner, the match went to a penalty shootout.

After beating Russia 5-1 in quarterfinal, Turkey defeated the host country Mexico 4-0 in the semi-final.

The victory against England, which Turkey never managed to beat in football, was celebrated throughout the country.