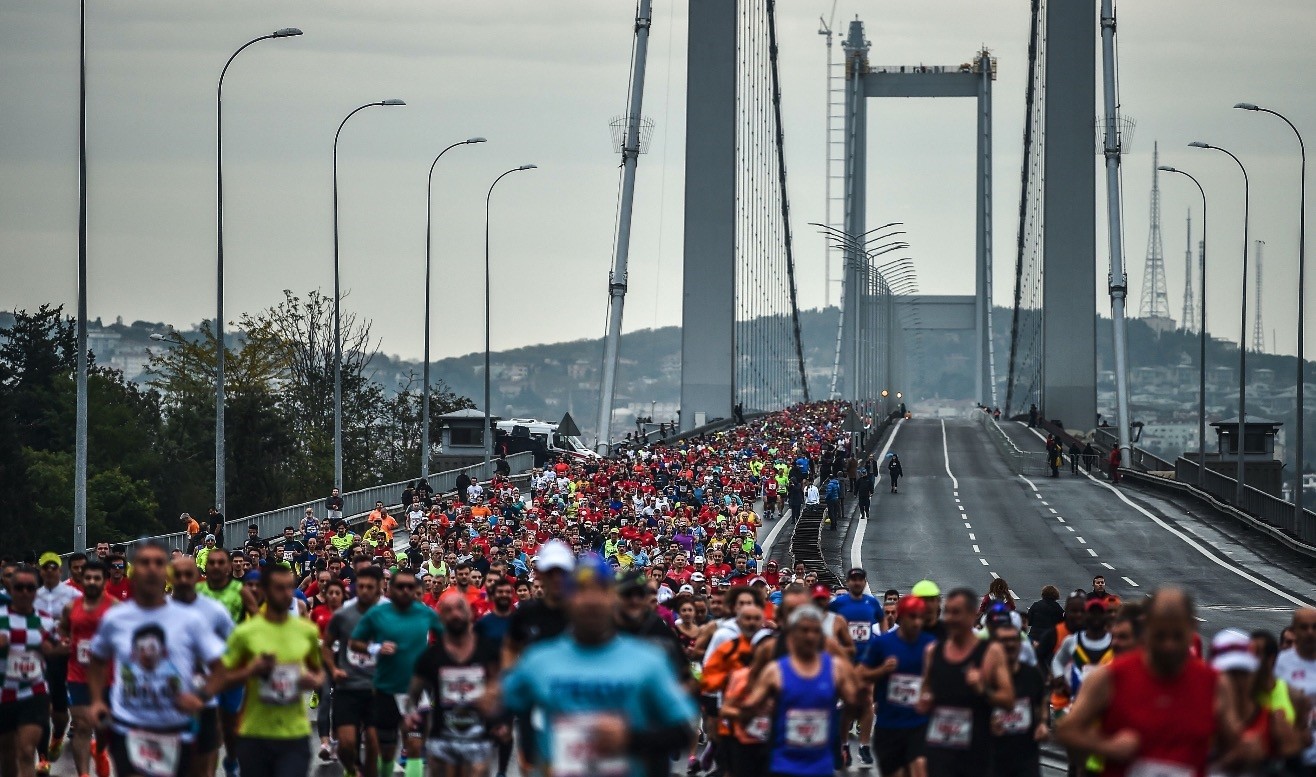 More than 100,000 people are expected to run in the 8-kilometer (5-mile) transcontinental Istanbul Marathon Fun Run, the main organizer Spor Istanbul said yesterday. Runners can register for the race at 39 Spor Istanbul facilities and booths set up in Taksim square and the Caddebostan neighborhood. Participants can get their official t-shirts from the Marathon and Sports Fair at the Eurasia Show and Art Center in Istanbul held between Nov. 8-10. The Fun Run will start at 9:45 a.m. (18:45 GMT) on Nov. 11 from the Altunizade Bridge, and after crossing the Asian side to the European side, will end at Dolmabahçe.

"The Fun Run is to gear up for a marathon. It is a preparation for a marathon. At least, we expect people to participate in the Fun Run," he added. "It is a good opportunity to see Istanbul. The route goes through historical sides."

A record number of runners are expected to compete in the world's only transcontinental marathon on Nov. 11. The Vodafone 40th Istanbul Marathon will start on the Asian side of Istanbul's July 15 Martyrs Bridge, formerly known as the Bosporus Bridge. The finish line is located in the historic Sultanahmet Square on the city's European side. Around 30,000 professional runners, from more than 100 countries, will take part in the marathon. The event features a 42-kilometer (26-mile) marathon, and three other races on courses of 15 km (9.3 miles), 10 km (6.2 miles), and 8 km (4.9 miles). It will also include a race for wheelchair-bound participants.

Over 4,000 runners – more than half of them foreigners – will compete in the 42-km marathon, Aksu said. The top five countries sending runners are Russia, Germany, Ukraine, Britain and France, Aksu said. Fifty-six elite runners – 38 men and 18 women – will participate in the marathon, he said. Compared to recent years, the number of foreign runners in the marathon has doubled, Aksu said. The Istanbul Marathon is among 17 marathons in Europe and 38 marathons in the world, he noted. Vodafone is the main sponsor of the race organized by the Istanbul Metropolitan Municipality's Spor Istanbul. Last year, French runner Abraham Kiprotich won the men's category and Kenya's Ruth Chepngetich won the women's category.