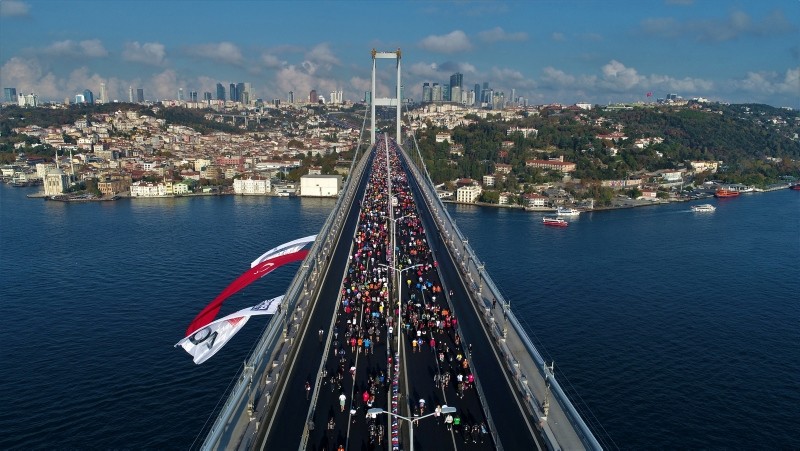 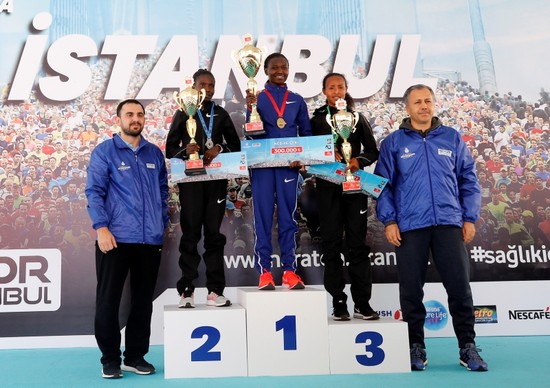 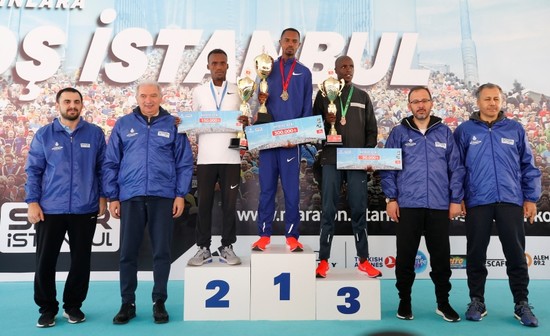 A record number of runners are competing in the world's only intercontinental marathon in Istanbul on Sunday.

The Vodafone 40th Istanbul Marathon started on the Asian side of Istanbul's July 15 Martyrs' Bridge, formerly known as the Bosphorus Bridge. The finish line is located in the historic Sultanahmet Square on the city's European side.

This year's theme is: "Run Istanbul for a healthy future." 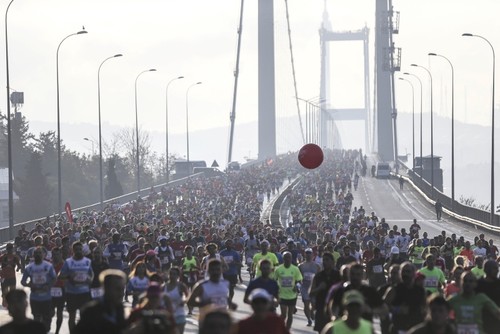 Around 30,000 professional runners, from more than 100 countries, took part in the marathon.

In addition to that, about 100,000 people were expected to run in the 8-kilometer (5-mile) transcontinental Istanbul Marathon Fun Run. 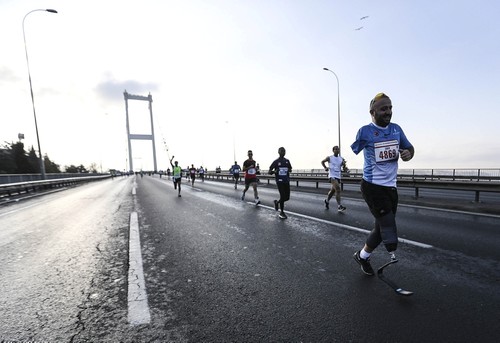 About 5,000 runners -- more than half of them foreigners -- have competed in the 42-kilometer marathon. The top five countries sending runners are Russia, Germany, Ukraine, Britain, and France.

Compared to recent years, the number of foreign runners in the marathon has doubled. 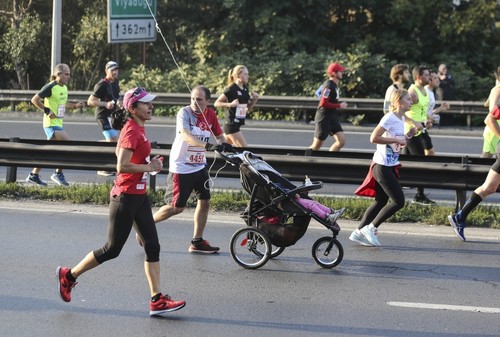 Vodafone is the main sponsor of the race organized by the Istanbul Metropolitan Municipality's Spor Istanbul subsidiary.

After the transcontinental marathon started, Turkey's Youth and Sports Minister Mehmet Muharrem Kasapoğlu told Anadolu Agency that "Istanbul became a brand for a marathon like New York, Boston and Tokyo."

"By connecting the continents, we will prove the unifying power of sports," Kasapoğlu added.

"We can turn this marathon into the best marathon in the world by making this organization better. Now, it is among the top 15 marathons in the world," Istanbul Metropolitan Municipality Mayor Mevlüt Uysal said.

Noting that about 100,000 people ran in the marathon last year, Uysal said the number of participants increased this year.