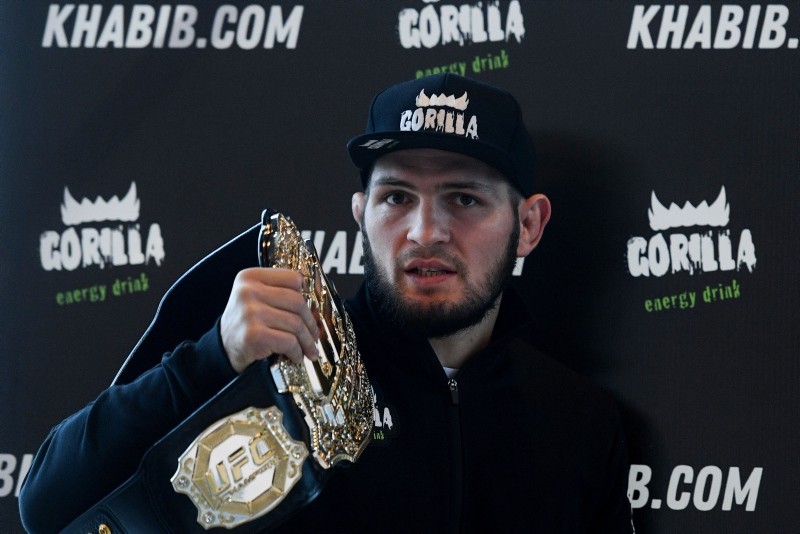 UFC champion Khabib Nurmagomedov said Monday he can imagine a reconciliation with Conor McGregor after the bitter feud around last month's title fight.

The two fighters traded verbal blows before the Oct. 6 fight and Nurmagomedov sparked a brawl with McGregor's team after winning by submission.

"Everything is possible. Just as McGregor and I feuded, so we could reconcile," Nurmagomedov said.

He added he doesn't know how he would react when he sees the Irish fighter next, saying "who are we not to forgive one another when the Almighty forgives us?"

Nurmagomedov said he would prefer a fight with Floyd Mayweather Jr. — without giving details of how it might be arranged — over the UFC's preferred option of Tony Ferguson.

"For legacy and in the sense of the money aspect, and in a sporting sense, I think the Mayweather fight is much more interesting," Nurmagomedov said, adding that any negotiations have to wait for his scheduled hearing with the Nevada State Athletic Commission on Dec. 10 regarding the aftermath of the McGregor fight. "The athletics commission needs to finish up first and then we'll talk."

A devout Muslim, Nurmagomedov has increasingly become an influential conservative voice in Russia, criticizing aspects of nightlife in his home region of Dagestan. Numerous Russian athletes have moved into politics after retiring, including heavyweight boxer Nikolai Valuev, now a member of parliament, but Nurmagomedov said he has no plans to join them.

"I try to stay away from all that," he said. "The main thing is to have the desire to help people and you don't have to be a member of parliament to do that."