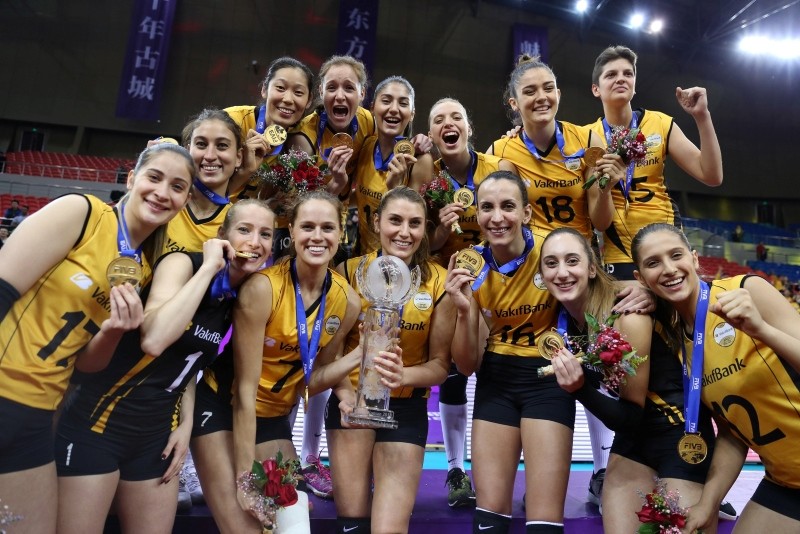 Vakıfbank were crowned the champions of the FIVB Volleyball Women's Club World Championship in 2013 and 2017.

On Sunday, the reigning world champion won the gold medal in the 2018 championships in China after beating Brazil's Minas Tenis Clube 3-0 in the final. The yellow-blacks thus became the team to win this title the most times.

Eczacıbaşı VitrA, who won bronze on Sunday, clinched the champions' title in the 2015 and the 2016 championships.

Meanwhile, Fenerbahçe were the winner of the 2010 championships.

Vakıfbank won silver in 2011 and bronze in 2016, while Fenerbahçe ranked third in the 2012 championships. 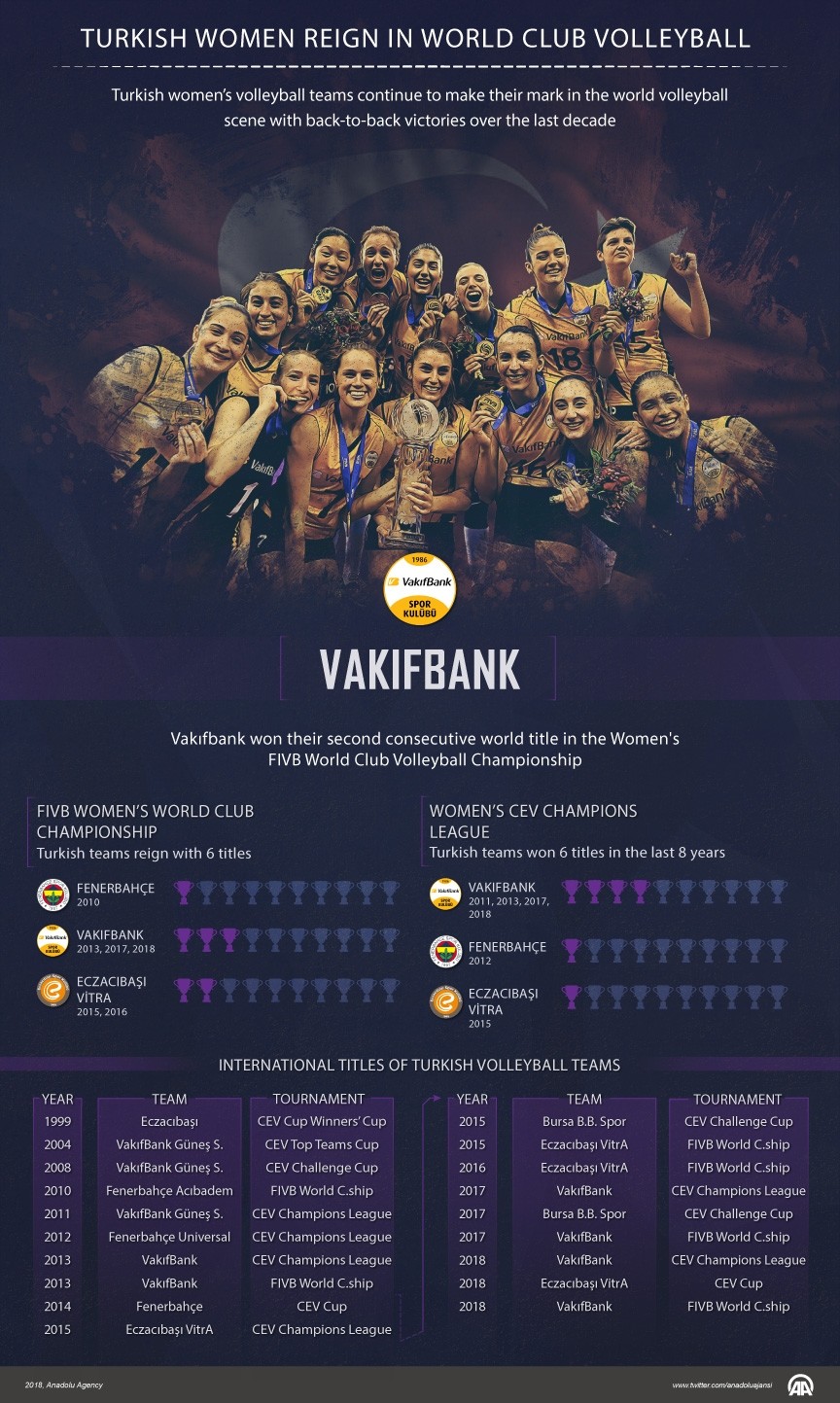 Turkish clubs triumphed over their opponents six times to gain the world title in the tournament over the last nine years.

Eczacıbaşı were the first Turkish club to bring a European cup in volleyball home in 1999 after winning the Women's CEV Cup, then known as the CEV Cup Winners' Cup, by defeating Italian club Cermagica Reggio Emilia at the Final Four tournament held in Turkey's Bursa.

Vakıfbank Güneş Sigorta took the mantle in 2004 and won the same cup, this time branded as the CEV Top Teams Cup, again in Bursa. The city also saw the yellow-blacks winning the CEV Challenge Cup, the third-tier European club tournament, in 2008.

Whereas in the last eight years, Turkish teams have dominated the CEV Champions League, the highest-tier of the European clubs tournament, ending Italian clubs' domination that lasted for six years.

Starting with VakıfBank Güneş Sigorta's championship in 2011, Turkish teams won six titles, except for 2014 and 2016, when Russia's Dinamo Kazan and Italy's Pomi Casalmaggiore grabbed the gold. In both cases, Vakıfbank were their opponents in the finals.

Eczacıbaşı Vitra finished the 2014 and 2017 tournaments in third and fourth places. Galatasaray Daikin reached the semifinals two times in 2013 and 2018. Fenerbahçe Grundig won bronze in 2016.