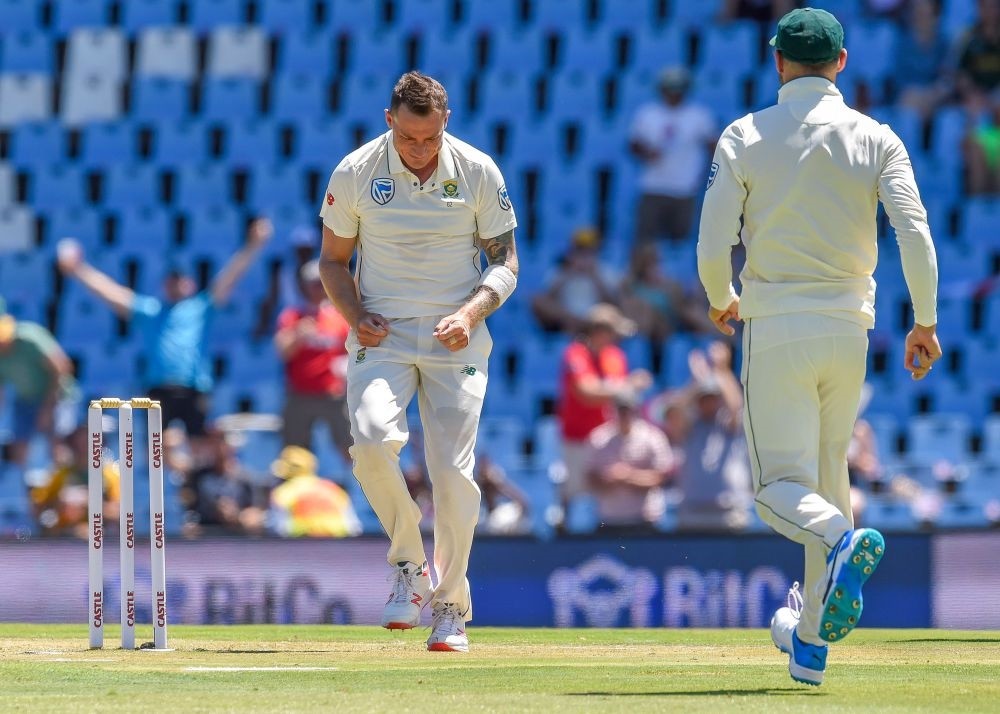 Zaman's dismissal brought to an end more than three years of frustration during which the fast bowler missed no fewer than 27 Test matches because of injury.

Steyn was mobbed by his teammates after Zaman (12) edged the ball to Dean Elgar at third slip, reducing Pakistan to 17 for two after winning the toss and batting first.

Shaun Pollock, the previous holder of the record, was quick to praise his successor, describing him during a television commentary as "an absolutely brilliant performer, an absolute champion and a true leader of the attack."

Of slight built, with a lithe, athletic action, Steyn at his best was capable of bowling at 150 km per hour, with late away swings accounting for all the trouble he caused for many of the world's leading batsmen. When conditions did not suit express pace he developed an impressive array of cutters and became a master of reverse swing with the old ball.

Ironically, before a groin strain ruled him out of action midway through a Test in India, Steyn had been remarkably durable for a fast bowler, playing in 48 consecutive Tests from December 2009 to November 2015, during which he took 232 wickets at an average of 21.72 and dominated the International Cricket Council Test rankings for bowlers. He spent a record 263 weeks in the top spot.

Steyn took his 400th Test wicket in his 80th Test in July 2015 - the second-fastest in the world to reach the milestone - and it seemed Pollock's record was about to fall.

But four serious injuries delayed what had seemed imminent.

The groin injury in India was followed by a shoulder injury during the first Test against England in December 2015 and, after a brief comeback, a more serious shoulder injury against Australia in November 2016 caused him to miss 15 Tests.

Just when it seemed he had made a full recovery, he suffered a freak heel injury in the first Test against India in January this year, which caused him to miss the remaining Tests against India and a series against Australia.

Steyn is now 11th on his own on the all-time world list, needing to match New Zealand's Richard Hadlee on 431 to claim a place in the top ten.