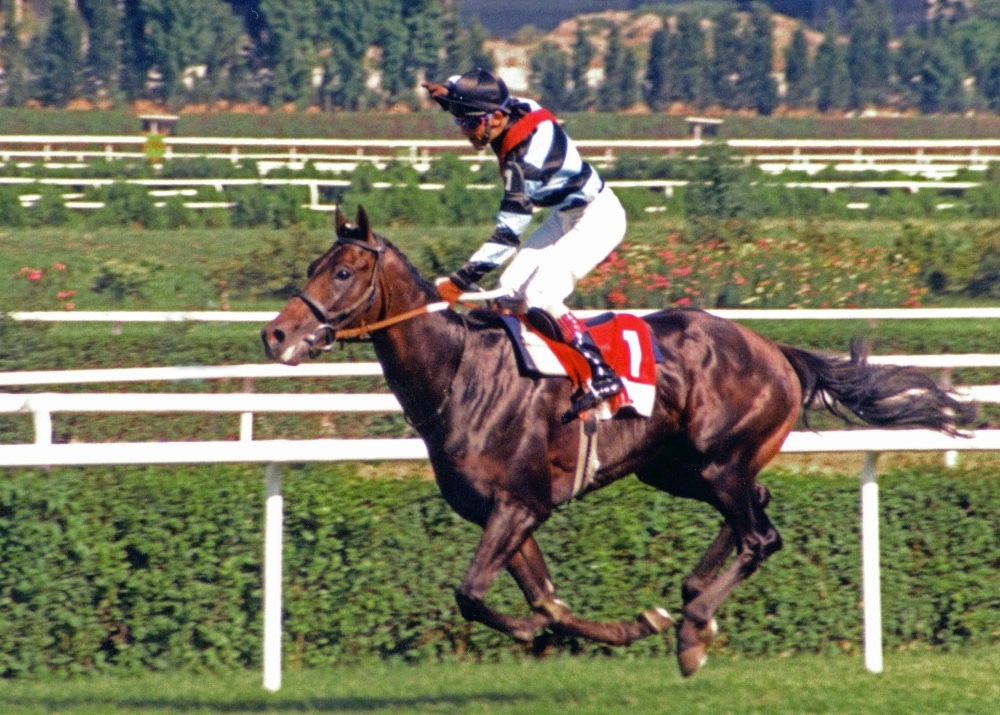 Halis Karataş, who made it into Turkey's horse racing hall of fame with countless titles, still passionately yearns for his days with Bold Pilot, his record-breaking thoroughbred whose life story is the subject of a new biopic

Bold Pilot is a well-known name among fans of horse racing, but more people are becoming familiar with the thoroughbred nowadays thanks to a new film about the story of this legendary horse and his equally famous jockey, Halis Karataş. Three years after the Turkish horse's death due to old age, Karataş vividly remembers his time on the track with Bold Pilot, a passionate experience that led to countless wins for the legendary jockey.

"It has been 22 years since I first rode Bold Pilot, but it still feels like today," Karataş told Anadolu Agency (AA) in an interview by the graveside of the thoroughbred on his stud farm in the northwestern Turkish city of Sakarya.

The horse also means a lot to Karataş as it helped him meet the love of his life: Begüm Atman, the daughter of Bold Pilot's owner Özdemir Atman. Karataş lost his wife to cancer one year before Bold Pilot died.

"I rode many winning thoroughbreds, but Bold Pilot was something else. I have never seen such a heart, such a desire to run and struggle to win in other horses. He has a special place in my life. With Bold Pilot, I won my first Gazi Race, my international race. We spent so much time together, be it training or racing. He was irreplaceable," Karataş said.

Born and raised in Turkey, the thoroughbred, which died at the age of 22, was arguably the most successful of its kind in Turkish horseracing history. His career peaked when he won the 1996 Gazi Race, the most prestigious racing event in Turkey. The win, in a record time of 2.26.22, was a record for Karataş and Bold Pilot. Karataş rode Bold Pilot in all but four races in the horse's racing career, winning 21 of them.

Sired by Persian Bold in 1993 and kicking off its racing life at 2 years old, Bold Pilot won his first race on May 28, 1995, despite becoming unsettled before the race. Prestart problems haunted Bold Pilot early in his career, and he finished second in three of his first six races as a 2 year old.

His final race was in the Prime Ministry Race on Aug. 16, 1998, which he managed to finish in fourth place despite a foot injury. He made his final appearance at Veliefendi racing track in 2013, with thousands of fans applauding him in a special farewell ceremony.

The thoroughbred drew the envy of other breeders and all sought to find a new Bold Pilot. "He is a hope for many breeders, but it takes a lot of work to breed a horse like him. We tried it too with his descendants but failed. Only his grandson managed to finish first in its latest race, the day the film [on Bold Pilot's life] premiered," Karataş says.