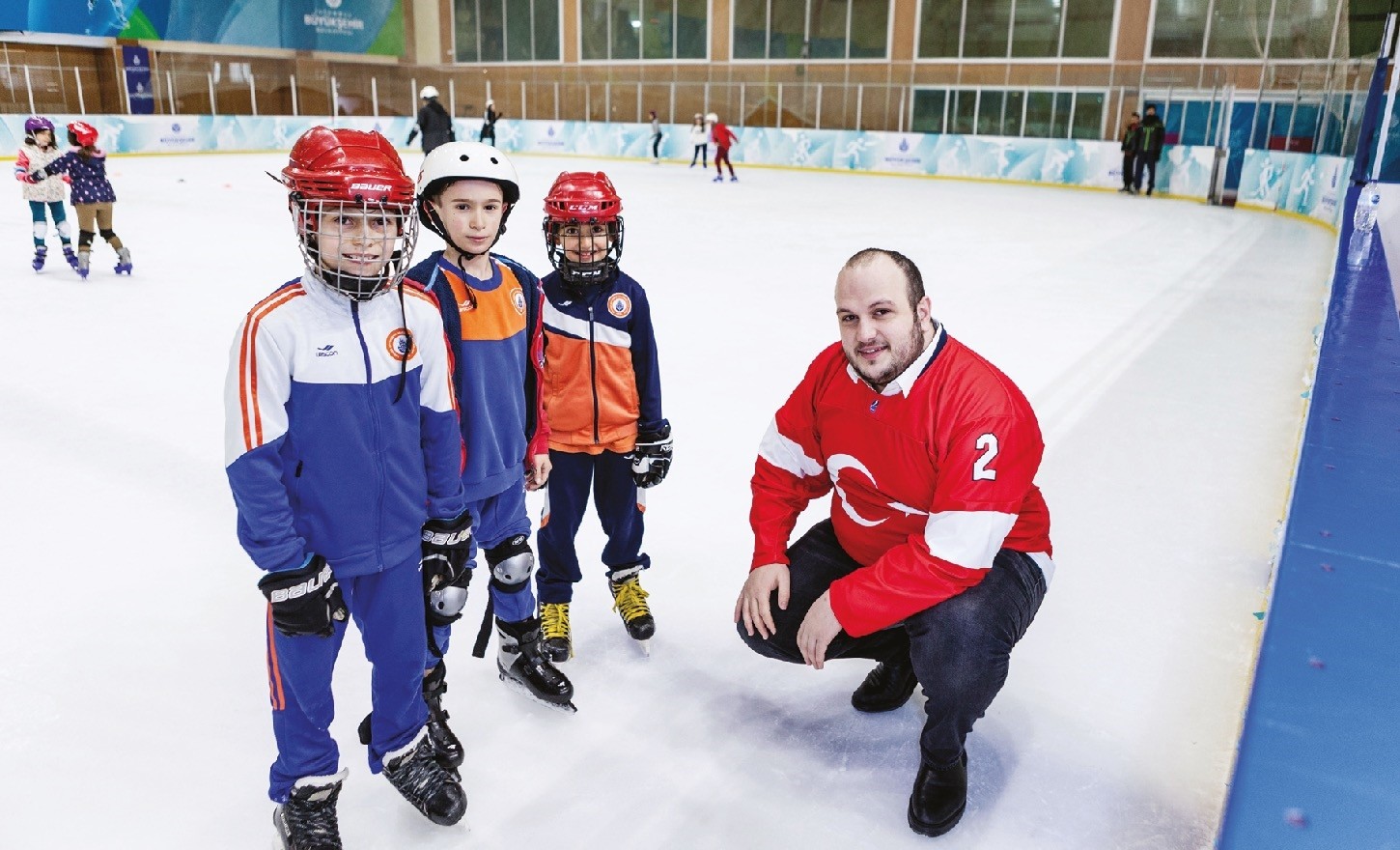 Halit Albayrak (R) spoke about the aspirations of the Turkish Ice Hockey Federation in an interview with Serkan u00dcnlu00fc at Silivrikapu0131 Ice Hockey Hall where young players train to be future stars.
by Serkan Ünlü Jan 22, 2019 9:56 pm

The unprecedented success of an underdog team made up of former drug addicts paved the way for interest in ice hockey in Turkey. Halit Albayrak, head of the Turkish Ice Hockey Federation, says he is confident of the country's future success on a global scale thanks to new facilities and the rising interest in sports

Turkey is a latecomer to ice hockey, a sport mostly dominated by the likes of Canada, Sweden and Russia, but an unprecedented victory in the 35 years of ice hockey in the country has put it on the map.

Speaking to Daily Sabah in an exclusive interview, Turkish Ice Hockey Federation Chairman Halit Albayrak, one of the figures responsible for this newfound success, said a bright future is ahead for hockey, with more interest and the construction of new facilities to train players. 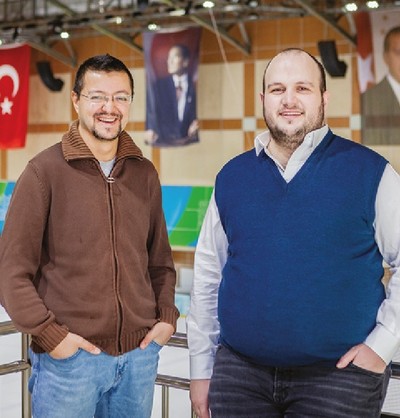 Albayrak, who was elected in March 2018, is also head of Zeytinburnu Hockey Club, which is behind the story of the underdogs.

It all started when the municipality of Zeytinburnu district launched an environmental campaign in 2009. The municipality offered 45 minutes of ice skating on a newly established ice rink to anyone who brought a certain amount of waste to be recycled.

A group of teenage drug addicts in the district who had plenty of time to collect waste and were in need of a respite from their troubled lives, were among those enjoying the free skating. They quickly drew attention with their skills on ice.

This was when Albayrak, the then owner of a school whose students were regular guests of the rink for training, received a suggestion from Zeytinburnu Mayor Murat Aydın. Aydın advised him to take the troubled teens under his wing, and the rest is history.

Albayrak formed the Zeytinburnu Hockey Club for teens in cooperation with the municipality and seven years later, the team made history by winning a group title in the International Ice Hockey Federation (IIHF) Continental Cup in Bulgaria in 2016.

"They were a lost generation, youth with nothing to lose. The ice rink sparked their hope for a better life," Albayrak says. "We didn't have big dreams when we first started, but we always advised players to remain united with team spirit. Theirs is a story of a dream come true for young people isolated from society for their addiction."

Zeytinburnu's tremendous success in the international tournament helped break prejudice among parents who were afraid to send their children for ice hockey training, Albayrak said.

"People used to see it as a dangerous sport but nowadays, more people come to the rink to see if they can play it too," he added, as he watched young players training at Silivrikapı Ice Hockey Hall in Istanbul. "We have ideas about how to give more opportunities to people interested in ice hockey, and one of them is converting sections of sports halls in some schools to ice rinks. Perhaps not all of them, but some schools can also serve as training grounds for future players."

Meanwhile, construction of an ice hockey arena continues in Zeytinburnu with the support of the government. "It is going to be one of the biggest ice hockey halls in Europe," Albayrak said, adding that it is being built on a space of 40,000 square meters.

The hall, with two ice rinks, exclusive rinks for training and a hotel for visiting hockey teams, is expected to be completed within one year.

"It will be a 'factory' for ice hockey players and provide training for about 2,000 people ever year," Albayrak said.

The federation chair is confident that the new hall will boost Turkey's world standing in ice hockey. "We can train world-class players too. I am assured that it will take only a decade, proper training and better facilities to have [international success]," he said.

"We aren't following the examples of other countries; we want to create our style, but we have also analyzed how other countries accomplished in ice hockey managed to succeed. Still, we need a local approach for training for success," he said.

The true story of the young players of Zeytinburnu Hockey Club is now the subject of a new TV series by public broadcaster TRT. "Tek Yürek" ("One Heart"), which will launch soon, draws inspiration from the experience of the team.

Halit Albayrak said though it is mixed with fiction, the series will be centered on ice hockey, and he counts on more interest in the sport after the series.

"I'm worried we might not be able to accommodate everyone in the rink after the show launches," he joked, pointing out the huge demand for ice rinks after Zeytinburnu's victory.