'Getting out' brings medals to visually impaired athlete 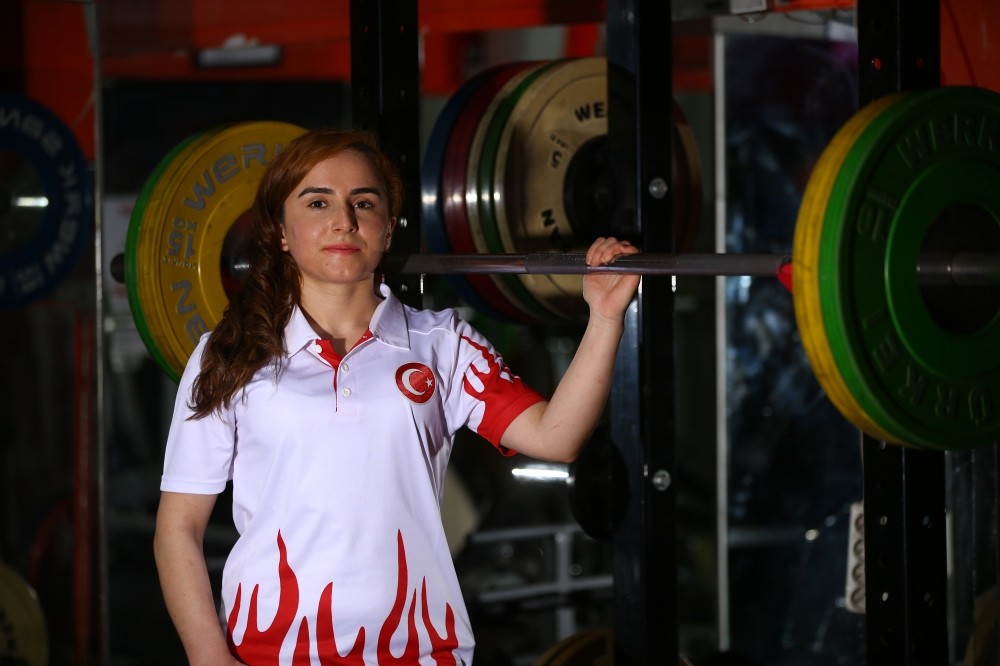 Du00f6ndu00fc Yeu015filyurt has won titles both in weightlifting and judo in only a couple of years after she took up both sports.
by Daily Sabah with AA Jan 22, 2019 9:55 pm

Hailing from a small village in northern Turkey, Döndü Yeşilyurt came a long way in 12 years. The 26-year-old athlete with multiple international and domestic titles in weightlifting and judo turned her visual impairment to success.

Yeşilyurt secured spots in national weightlifting and judo teams of Turkey and is now preparing for the 2020 Tokyo Paralympics. "I feel alive after I took up sports," she told Anadolu Agency (AA).

The young woman, who was born in a village in Samsun in the Black Sea region, stayed there until 2007 before her father took her and siblings to the city so that they could attend school. Her eyesight which was better while the family was in the village, worsened but Yeşilyurt was not desperate though she says she felt "confined" to her home and she only stepped out to go to school.

"I was strong and people around me always tried to talk me into taking up sports. I finally decided to do arm wrestling and started checking associations for visually-impaired for any sports club I could enroll in," she recounted. Then, she met a weightlifting trainer in 2016, an encounter that changed her future.

"He told me I was strong enough to win titles and started training me. I won the top Turkish title in 2017 and my trainer also suggested training for judo, seeing how strong my physique was. After one month of training, I signed up for the Turkish judo championship for visually impaired and won a second title in 2017," she said. This earned her a place in the national judo team but Yeşilyurt did not stop there and won her first international title in Latvia, in a 2017 tournament. Then came a bench press win in 2018 Weightlifting Championship in Egypt and a second spot in power lifting category in the same tournament.

"I had great support both from my family and sports authorities. I had a difficult time while attending university as I had to train both for weightlifting and judo and focus on my studies," she recalled. Still, she is not daunted and plans to continue competing in both sports. "Of course, all athletes dream of competing Olympics and I want to compete in the 2020 Tokyo Paralympics in judo," she said, citing that weightlifting is not included in the Paralympics yet. "You forget all the troubles you had to endure once you win an international title and it motivates you to work harder for bigger goals," she said.

Yeşilyurt, who described herself as an introvert in high school barely spoke to anyone but teachers, says her foray into sports brought her "self-confidence." "It is not about winning titles only. It is something that improves you both physically and mentally," she said.