Kaepernick deserves to be in the NFL, says Boldin 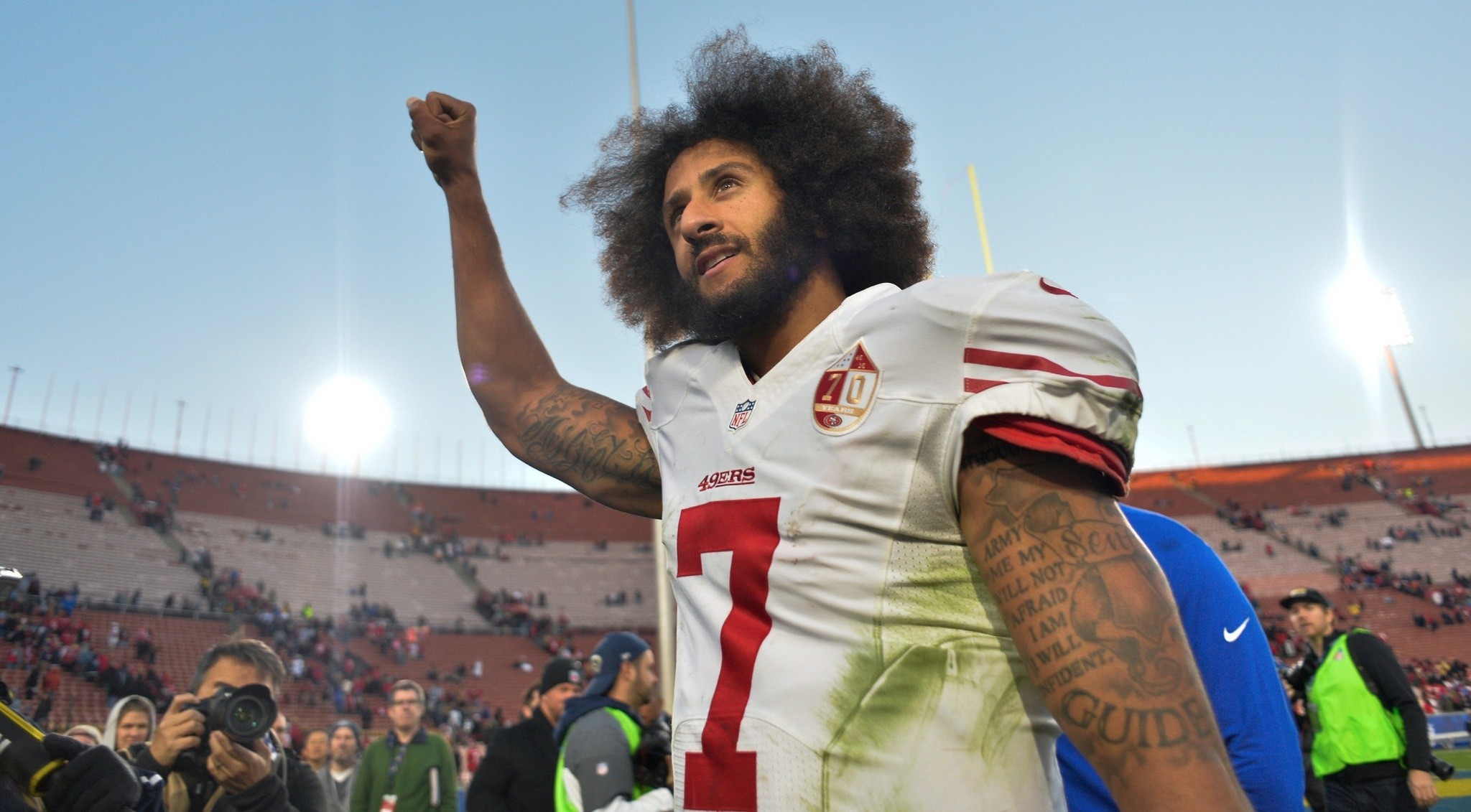 Colin Kaepernick, who has been unable to find a team to play for in the NFL following his protests during the national anthem, is unlikely to ever take the field again, his former San Francisco 49ers teammate Anquan Boldin said Wednesday.

Quarterback Kaepernick is the most visible face among NFL players who have been using the anthem over the past two years to protest social injustice and police brutality.

Kaepernick, who led the 49ers to the Super Bowl game in 2013 but has not suited up since the 2016 season, has filed a collusion grievance against the league.

Boldin, a Super Bowl champion who retired in 2017 and now runs a charitable foundation, said, "I think anybody with a decent head on their shoulders would know that he deserves to be in the NFL.

"He's one of the best 64 quarterbacks in the U.S. and for him to not have a job the past couple of years is a tragedy."

Boldin spoke to reporters after announcing that the Players Coalition, which he co-founded, would give $2 million in grants to six non-profit organizations that battle racial and social inequality.

Receiver Boldin, one of Kaepernick's favorite targets when they played together for the 49ers, said he did not think the 31-year-old would play in the NFL again.

"In my opinion, no. He's two years removed from the game going on three," he said.

While player protests during the anthem have subsided this season, the issue came up Wednesday when Commissioner Roger Goodell said Kaepernick was not the victim of a coordinated effort by owners but rather just not a good fit for any of the 32 teams.

"Our clubs are the ones that make decisions that they want on their rosters," Goodell said at a news conference. "They make that individually and in the best interest of their team."

Kaepernick has found support beyond the sport and has had an impact on the upcoming Super Bowl.

U.S. media reported in October that singer Rihanna had declined an offer to headline the show because she supported Kaepernick.

Halftime show headliner Maroon 5 will not hold the traditional news conference ahead of the game, with some saying that decision was a way for the band to avoid fielding questions about the Kaepernick controversy.

The Super Bowl will be held in Atlanta on Sunday.