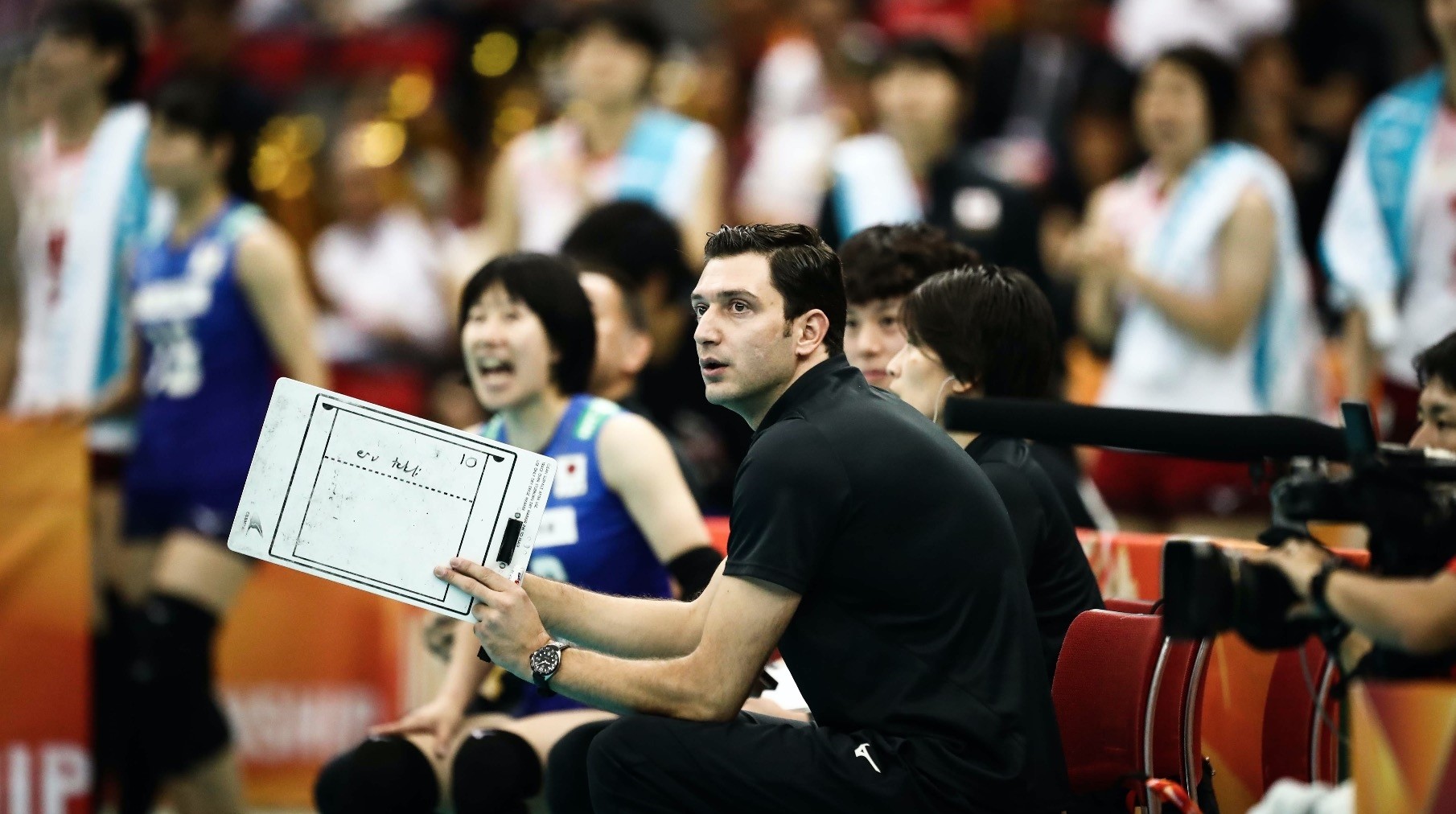 Ferhat Akbau015f says coaching the Romanian team was a big risk for him, but he took it anyway to advance his career.
by Serkan Ünlü Feb 04, 2019 12:07 am

At the age of 28, Ferhat Akbaş was given the top job as the coach of Turkey's national women's volleyball team and four years later, he brought the top title to the Romanian outfit CSM Bucuresti. The young coach spoke to Daily Sabah about his career path from player to coach and the key to his success

Ferhat Akbaş, 32, is among the youngest coaches in Turkish volleyball. A mix of risk-taking and devotion to the sport brought him to unexpected tasks, from a stint with the Japanese national team to a steady job in Romania where he helped CSM Bucuresti earn the top title in the local league.

Akbaş was 18 when he joined a top-flight team in the Turkish volleyball league, but he knew the future wouldn't bring much promise for him. It was then he planned a career outside of just playing. His interest in coaching increased when he watched famed Serbian coach Zoran Gajic coaching a Turkish team with the aid of a statistician. "I started to keep teams' stats while I was still a player. This helps you watch the game better, who plays how, etc. This gives you an incredible view of the game," Akbaş told Daily Sabah.

This led to his switch from playing to coaching and a career that took him from China to Japan, to the Turkish national team and finally to Romania. "It was not easy to quit playing, but I thought it was more important for my career," he adds.

He credits Lang Ping, the Chinese coach of Turkish outfit Türk Telekom, with the start of a new career. Her invitation to Akbaş to join her in coaching in China opened a new chapter in his life, but at the age of 22, it was not easy. "I didn't know the language and the country. It was a totally different culture," said Akbaş, who stayed in China for only six months. Still, his stint added to his resume and when he returned to Turkey, he became an assistant for Giovanni Guidetti, the legendary Italian coach of world champion Vakıfbank women's volleyball team.

For a country not accustomed to men coaching women's teams, Akbaş faced questions that he ignored. "I don't see any difference between coaching men or women. They are all athletes after all. Of course, there may be challenges. Women do not directly tell their problems to a male coach. You have to have good insight into a player's mind; you have to have more than experience," Akbaş says.

The next challenge for the young coach was taking the helm at CSM Bucuresti in the middle of the season, while the team was in the fourth place in the local league. "It was a great risk for me," he says. But he used it to further his career. He managed to take the team to second place that season, a step closer to the top title in the next season. Akbaş says that though he was surprised with the success. He knew the potential in sports in Romania, a country where world-class athletes and football players from Nadia Comaneci to Gheorghe Popescu to Simona Halep hail from.

On his stint as the assistant coach of the Japanese women's volleyball team that lasted for two years he struggled to juggle his duty in Romania and Japan, Akbaş has nothing but praise for the Japanese. "They have a different discipline and deep respect for coaches. Players there may be less talented than their European counterparts, but they have good discipline and never ignore the instructions of coaches," he says. His career has turned him into a globetrotter, and the Turkish coach does not complain. "You become more successful if you can adapt to the country you work in. It is also important to implement different styles while coaching different teams. For instance, you cannot treat a Chinese player like a player from a European team," he says.

Turkish volleyball, especially women's volleyball, is on the rise with successive world titles by Vakıfbank, but Akbaş complains of a lack of interest from the Turkish public. "The best volleyball matches in the world were in Istanbul, at Burhan Felek Sports Hall in recent years, but seats were barely filled. I think this has something to do with our sports culture, and we need to educate people more on more sports. If we want more gold winners, more Olympians, we have to be more supportive of athletes," he says.