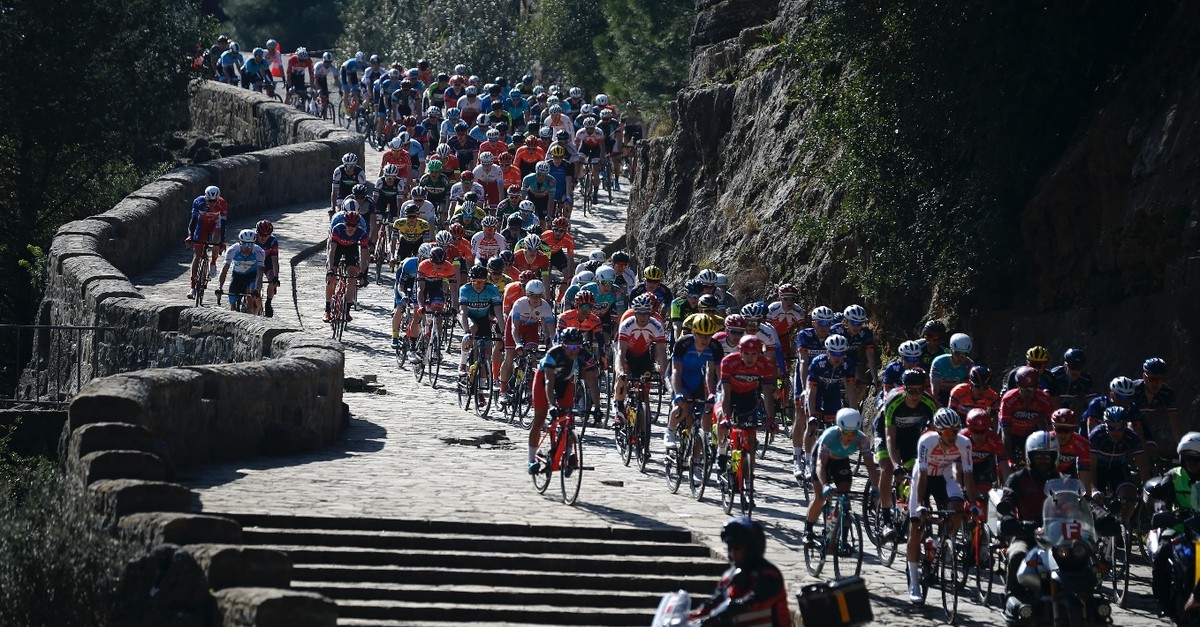 Dutch multidiscipline cyclist Mathieu Van Der Poel won the first stage of Tour of Antalya which kicked off Thursday in the Mediterranean city.

The cyclist completed 141-kilometer stage in 3 hours, 26 minutes and 45 seconds, riding ahead of 165 cyclists from 21 countries. The stage started in Köprülü Canyon in Manavgat district, a scenic national park more popular among rafting fans. Cyclists rode through ruins of ancient city of Aspendos and its eponymous ancient theater, from under centuries-old aqueducts. Five cyclists crashed in the 15th kilometer but resumed the race after treatment for slight injuries. The runner-up was Serbian cyclist Dusan Rajovic of Adroa Mobil team while Bas van der Kooij of Monkey Town A Block CT secured the third spot. Speaking to reporters after finishing the race, Van Der Poel said a 200-meter sprint in the race was the most challenging for him but he felt relieved, having won the first stage. "I'll give more chance to other players of my team in the next stages," he added.

Next in the 500-kilometer route in the race is that will end on Sunday is Kemer, a seaside resort. After that, cyclists will compete through the ruins of Perge, one of the most prosperous cities dating back to more than 1,000 years, and the well-preserved ruins of Termessos, another ancient city on Mount Güllük. The race will end with a stage in Side, a resort town known for its long beaches and Greco-Roman ruins.