Turkey's golden boy of cycling: My biggest supporter is my mother 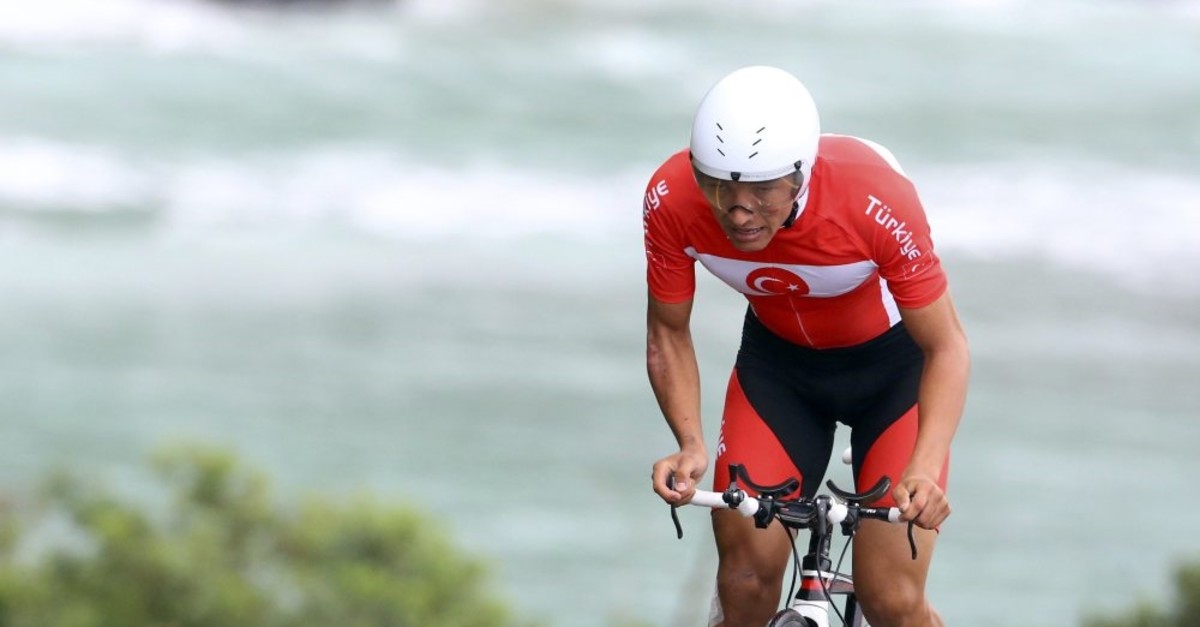 Known as the golden boy of Turkish cycling for his achievements, 25-year-old Ahmet Örken regards his mother, who is his biggest supporter, as the secret to his success

The Salcano Sakarya Metropolitan Municipality cycling team member, who enjoyed a lot of international successes, has now set his sights on the Olympics. Örken got injured falling off his bike at the 2016 Rio Olympics to come 34th in the men's individual road time trial.

Recently, he says he has been working nonstop for the upcoming Olympics.

Örken was the winner of the European Track Cycling Championship 2011 in Portugal and became the first ever European cycling champion from Turkey.

Örken says his biggest supporter is his mother Nigar Ayyorkun.

At first Mrs. Ayyorkun did not want her son to get into cycling because she feared he would get injured. But after Örken's insistence and unyielding interest, she finally gave in and is now his biggest supporter. Örken sees his mother as his motivation source and focuses on races this way. 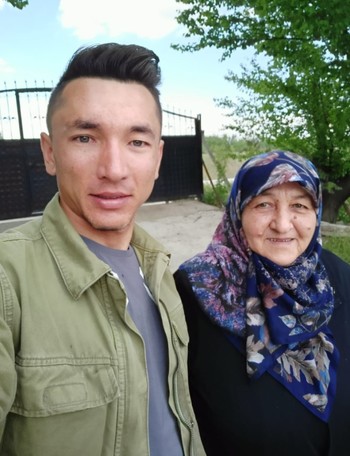 Speaking to Anadolu Agency (AA), Ahmet Örken said that he devoted himself to this sport at the recommendation of his brother's friend when was 13 years old.

Noting that his mother had some reservations when he first got into the sport, the national cyclist said that it was frightening for his family because none of them were familiar with it.

"When my mother realized that I would not step back, she had to give support. She understood the seriousness of my interest and saw that I love this sport and I am happy when I do it. Then, she supported me. I became more self-confident when my mother overcame her worries. We are so happy. She wants me to be successful all the time and warns me when I cannot succeed by saying 'Ahmet, what is going on with you?' She is my biggest supporter. Her happiness makes me happy, as well. I think I should win my races to make her happy. I focus on this thought as my motivation," the cyclist added.

Nigar Ayyorkun also noted that she is proud of his son's successes. "I'm always with him. My advice to families is to support their children in such matters. They should allow their children to pursue their dreams. I am very happy when Ahmet is happy. I wouldn't change his happiness for the whole world," she said.

Örken remarked that he will attend many races before the Olympics in order to rack up points. He said that they want to do well in the races in Japan after the Tour of Antalya to carry Turkey to the Olympics.

Highlighting that he and his team are stronger this year, Örken continued, "I have teammates who will support me. I trust and believe in them. They will take the burden off of me. I will only focus on my job. I will push the limits of the track at road bicycle racing and sprint events. My biggest wish is that our country has a team at the professional level again after our success. If we cannot realize this wish, I want one Turkish cyclist, regardless of me or my other teammates, to attend races on a professional team. I hope we will be successful and have a professional Turkish cyclist."

He emphasized that they want to be more experienced and strong at the 2020 Tokyo Olympics. The cyclist stated that he works to represent Turkey in the best way and to get a medal at the Olympics. Drawing attention to the fact that no Turkish cyclist ever raced in the categories that he will compete in, Örken said, "I came in second at the Presidential Cycling Tour of Turkey in 2017. This podium is a very precious memory for me. In 2015, we had the opportunity to meet with President Recep Tayyip Erdoğan on the Presidential Cycling Tour. He told me that he wants to see me on the track. I promised. I was on the track two years later."