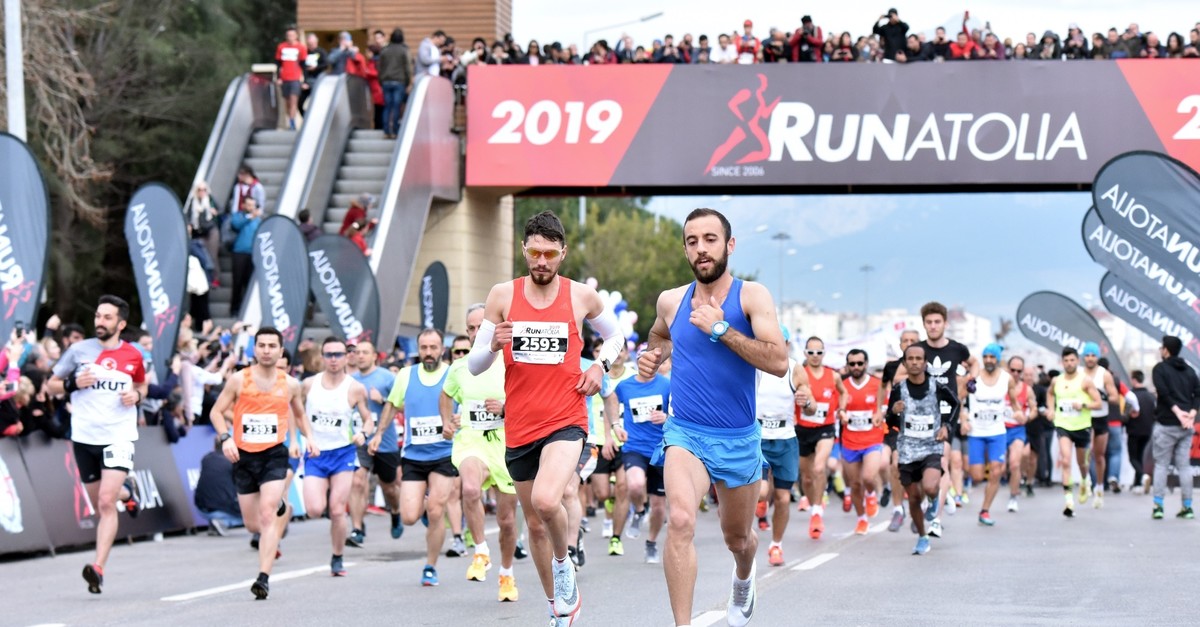 Runatolia, a 42-kilometer marathon in Turkey's Mediterranean city of Antalya, ended with Turkish and Russian athletes winning the individual titles. Turkey's Murat Kurtak won in the men's category with a timing of 2 hours, 34 minutes and 25 seconds while Russia's Elena Nurgaliyeva won the women's race with a timing of 2:59:01.

Athletes from Turkey and South African won the second and the third spots in the men's category respectively. In the women's race, Nurgaliyeva's twin sister Olesya came second and the Maldives' Mariyam Abdul Kareem came in third.

The 14th Runatolia marathon started in downtown Antalya's historic Kaleiçi district and ancient Hadrian Gate and went through Düden Waterfalls before taking a course to the city's fabled beaches.

Some 10,000 runners from 49 countries took part in the marathon, a 21-kilometer half-marathon and a 10-kilometer run was also organized as part of the event.