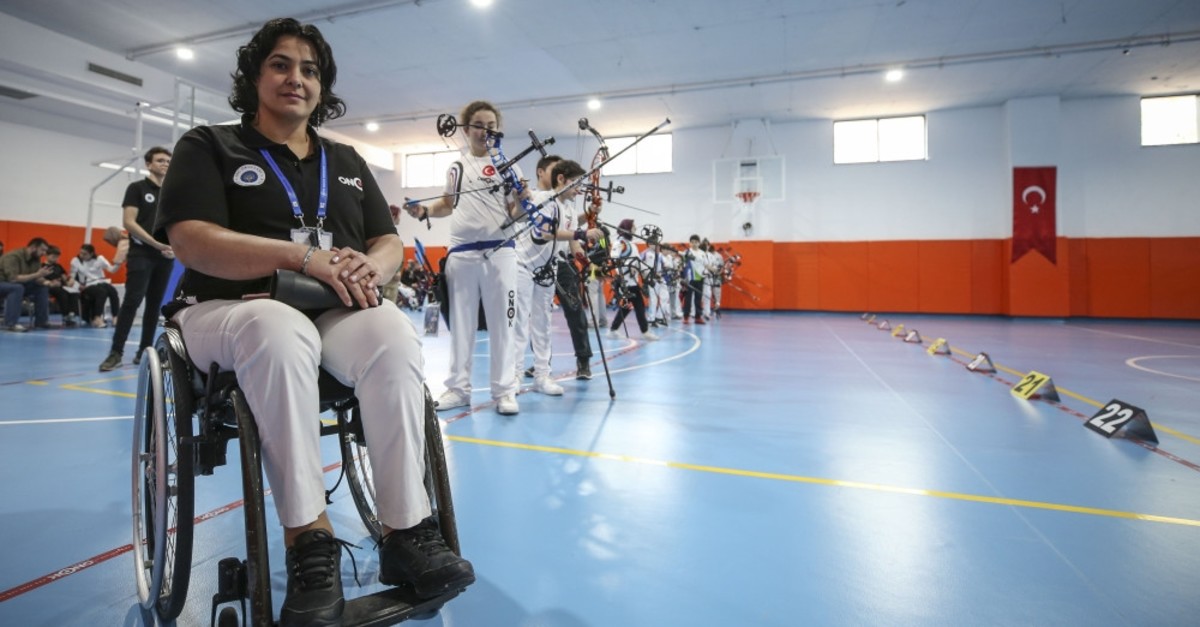 Sport came late into the life of Handan Biroğlu but once she took up archery, her life radically changed. An ordinary housewife up until the age of 34, Biroğlu launched her sporting career and now even has her very own archery club. Now 38, Biroğlu has been paraplegic since a bus accident in 2001. She devoted her life to her daughter born a year after the accident and once she grew up, she decided to pursue a career where she would be a "role model" for her.

"I decided to take up a sport and archery caught my interest. I started training actually to be a trainer myself. A friend suggested taking up the compound bow category. Soon, I was training for the national team. I won the third spot in the European championship after six months of training with the national team. It was beautiful and changed my view of life," she told Anadolu Agency (AA). Biroğlu went on to win medals in local competitions and competed in the Rio 2016 Paralympics. Today, she is the chairman and owner of Onok, the archery club in the capital Ankara where she launched her career. She now trains young archers.

"Former president had decided to shut it down and I didn't want it. It was the club I owed my career to. I believed in myself, I believed that I could run it. In the end, I bought it," she says. Biroğlu's club now trains 80 archers, including para-archers like her. "I personally train each one of them. It is more a mental work to motivate them. I want them to be morally good first before being successful archers," she says.

The profile of archery in football-mad Turkey has risen in recent years thanks to a rising interest but archery clubs are still financially challenged. Biroğlu says all she needs now is a sponsor for the club. "Archery equipment is very expensive and usually imported. The rise in foreign currency particularly troubles us" she says.