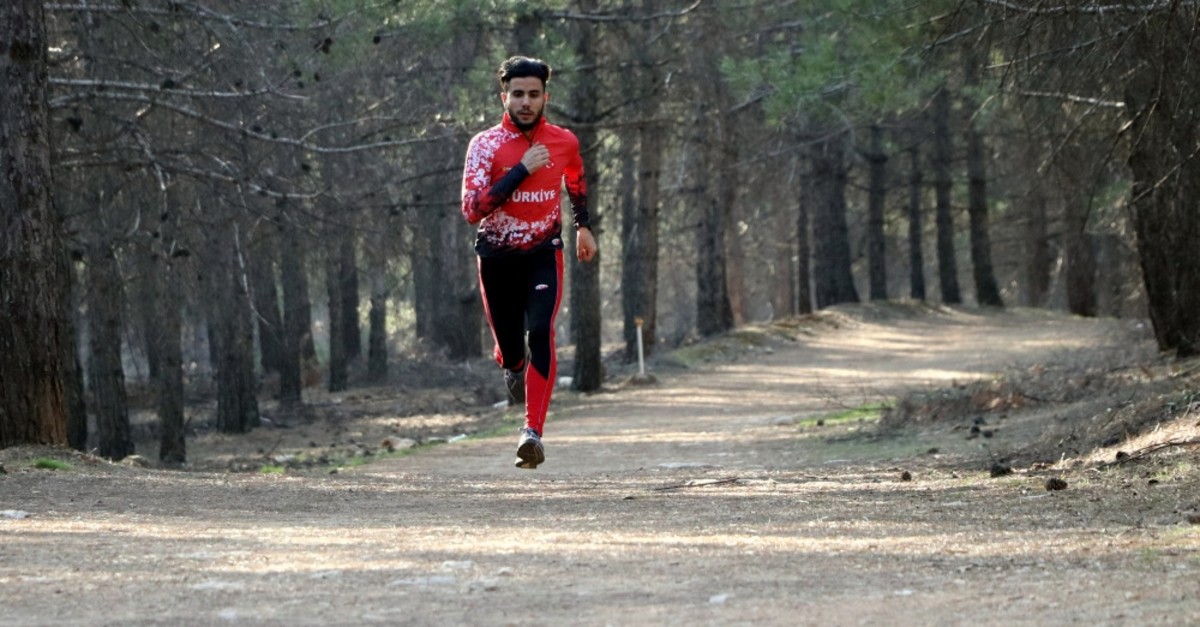 Salih Teksöz, a naturalized Turkish athlete of Syrian origin, made a name for himself competing for Turkey in the men's 800 meters run. A multiple medal winner in Turkish and international competitions, Teksöz says he wants to set an example for his fellow Syrian youth.

The 24-year-old athlete took shelter in Turkey four years ago after fleeing conflict in Syria, leaving his family behind. He settled in Gaziantep in southern Turkey, where he now studies dentistry. His lecturers at the university discovered Salih's talent and guided him to take up the athletics as a profession. In two-and-a-half years, he went on to win medals in Turkish championships. His highest accomplishment was a gold medal in the seniors category in the Indoor Athletics Championship held in February in Istanbul. He finished the 800-meter run in slightly above 1.5 minutes. Teksöz also won bronze in the Balkan Indoor Athletics Championship held in Istanbul.

"I came here for my dreams," Teksöz told Anadolu Agency (AA) in an interview, saying his family preferred to stay in their hometown Deir ez-Zor. "I came to study and then decided to try athletics. I was really behind in the standings when I first participated in the competitions but the hard work paid off. I was included in the national athletics team and finally started winning medals," he said.

Teksöz said Turkey is the country that has sacrificed the most for Syrian refugees and he wanted to "contribute to the success of Turkey in athletics" in his own way. "I also wanted to set a precedent for Syrian youth. You can accomplish things despite the hardships you face," he added. The young athlete now trains hard for his future goals, including a title in the Olympics.