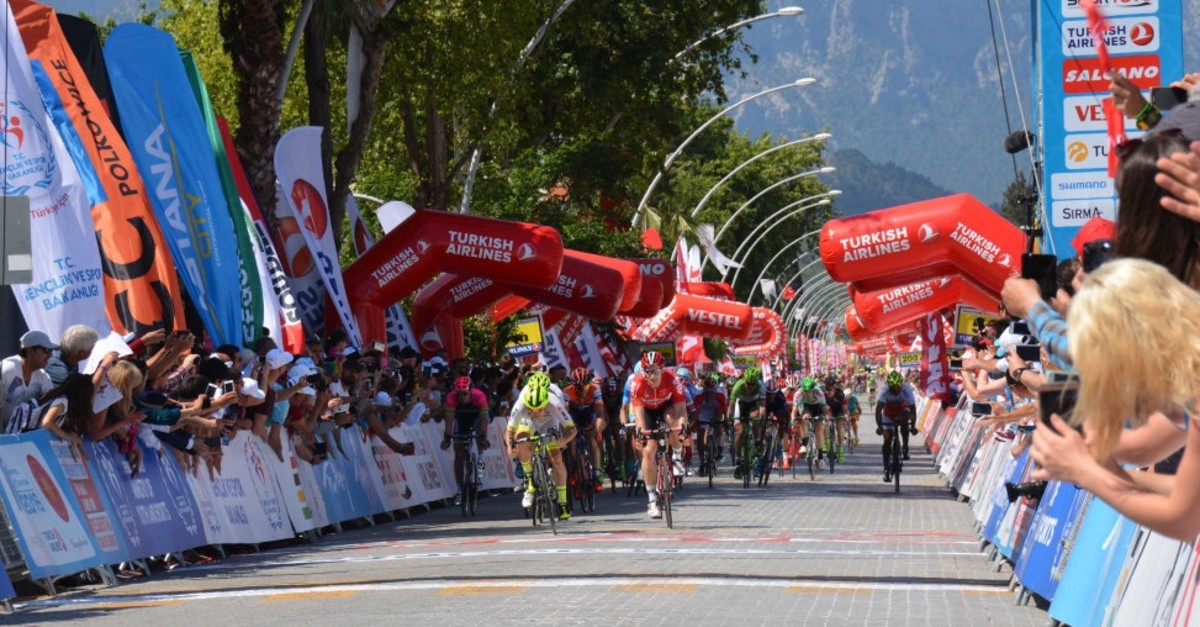 The new edition of Tour of Turkey, the country's largest cycling event, starts in April with a return to its original route in northwestern Turkey

The 55th edition of the Presidential Cycling Tour of Turkey will be held on April 16-21, as a part of the UCI World Tour calendar for the third time. Organized by the Turkish Cycling Federation, the Presidential Cycling Tour of Turkey debuted in 1963 and became an international race two years later. Today, it is the most prestigious cycling event in the country.

Started in 1963 as the Tour of Marmara, this year's tour will follow a similar nostalgic route. "We decided to move this great cycling event to different regions of our country," Erol Küçükbakırcı, the president of the Turkish Cycling Federation, said in a statement Friday.

The Tour of Turkey will make a new start this year with its new slot in April on the UCI World Tour calendar. Küçükbakırcı said that the new date and renewed route would make the tour "more appealing." He said after a break of two years we are back with a race that can be considered as mid-season as announced in the UCI-approved 2019 World Tour Calendar. "At the end of the season, teams and riders were quite tired," he said.

"With the date change, we aim for higher quality and a higher participation rate," Küçükbakırcı said, adding that in recent years, most of the stages in the tour were organized along the Mediterranean and Aegean coasts, but following strong demand from various provinces they decided to move the race elsewhere to promote the historical and natural richness of regions via cycling. He also announced that to realize this, it would be held in the Marmara region in 2019. Teams departing from Istanbul will head to Tekirdağ, Eceabat, Çanakkale, Edremit, Balıkesir, Bursa and Sakarya with the ultimate finish again in Istanbul. "For the forthcoming year, we are working on a route that will cross our Black Sea region and finish in the capital Ankara," Küçükbakırcı said. Consisting of six new stages, the Tour 2019 will be on a route that exceeds a thousand kilometers on which world-class teams and ace riders will cross continents at Çanakkale, from Europe to Asia. With its new course through the Gallipoli Peninsula and the Dardanelles, the nations that engaged in the Gallipoli Campaign (1915-1916) will welcome each other by virtue of this great sports event to promote peace.