Rising star of taekwondo takes on next challenge 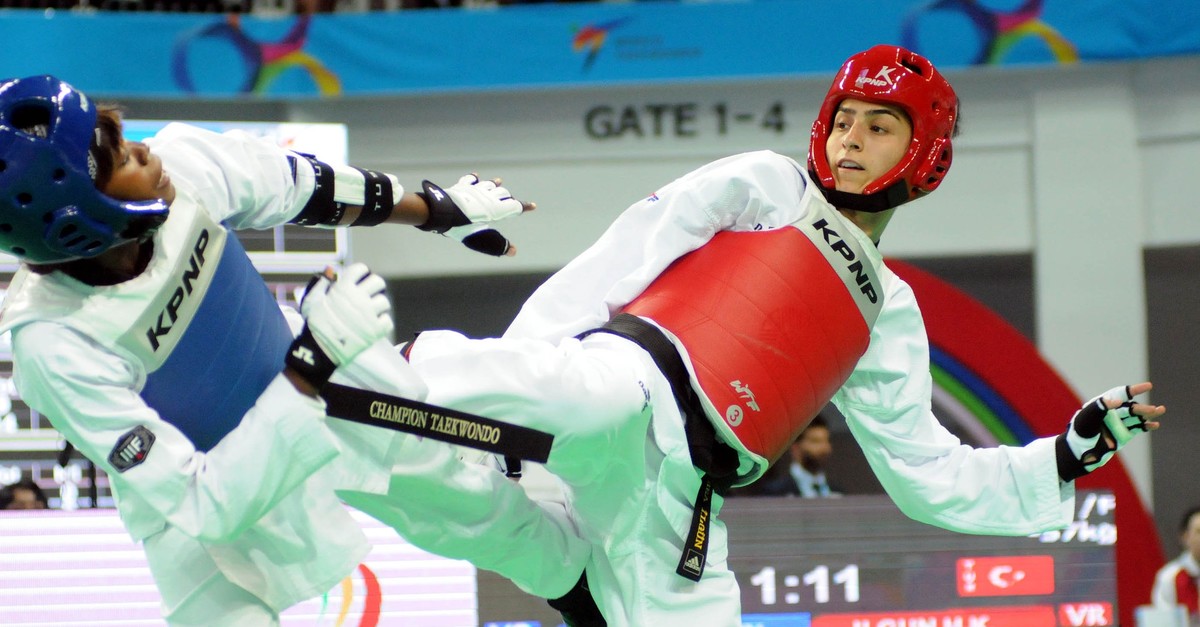 To secure a place in the 2020 Tokyo Olympics, Hatice Kübra İlgün, who was ranked second in the world in 2017, has set her sights on winning gold at the world championship in the U.K.

Hatice Kübra İlgün took up taekwondo at an early age and she is now a rising star of the sports for Turkey, with multiple national and international medals. The 25-year-old won a silver medal in the 2017 world championship and is currently training for the world championship, which will be held in Manchester, England in May.

The athlete, who also is also studying to be a gym teacher in the northwestern city of Bursa, made a good start to the year with two gold medals and one bronze medal in three competitions she participated in. The first was Antalya President's Cup in the eponymous southern Turkish city that brought İlgün 20 qualification points for the Tokyo 2020 Olympics, putting her in the third spot in Olympic standings among Turkish players. She followed this with another gold medal in the U.S. Open on March 3, bringing her another 20 points. Minor injuries, however, took a toll on her performance and İlgün only won a bronze medal in the Netherlands Open earlier this month.

The tournament in Manchester is vital for İlgün in her path to the upcoming Olympics. "I want to win gold there, for my country, for my hometown Bursa. Gold will grant me a place in the Olympics and I plan to snatch another gold there too," she told Anadolu Agency (AA). She says the three tournaments she competed in trained her well for the world championship and "to see how she fares." "I have slight injuries but I am undergoing treatment and continue my training at the same time. I will start more intense training now," she says. İlgün said every point counts in her struggle for the Olympics. It is not an easy fight for the player who competes in the women's 57-kilo category, "the most difficult" she says.

"I am fighting against world champions and Olympians, the best of rivals and I am in third place in the Olympics standings now [with 341.93 points]. I want to rise further. My toughest rival is a former Olympic athlete and we are head-to-head. I am sure I can defeat her in the Olympics," she says.

Currently, Jade Jones of England is dominating the Olympic standing in İlgün's category with 518.32 points. She is followed by South Korea's Ah-Reum Lee with 420.62 points. The Turkish player is full of confidence, saying she will keep her standing. The first six players in world standings will automatically qualify for the Olympics. Still, she does not want to take a chance and will fight in four Grand Prix competitions after the world championship in Manchester for more points. Taekwondo is among the most popular martial arts in Turkey, with the third-highest number of professional registered athletes in a sports branch at about 400,000 people. Turkish athletes made headlines in the past decade with multiple accomplishments in international tournaments, often dominating European contests. In the Olympics, Turkey won gold with Servet Tazegül in London in 2012 and silver with Nur Tatar Askari. Askari was also the only Turkish player to win medals in two consecutive Olympics after she won a bronze in Rio in 2016.