Turkey's Yaman, Guliyev chosen as athletes of the year 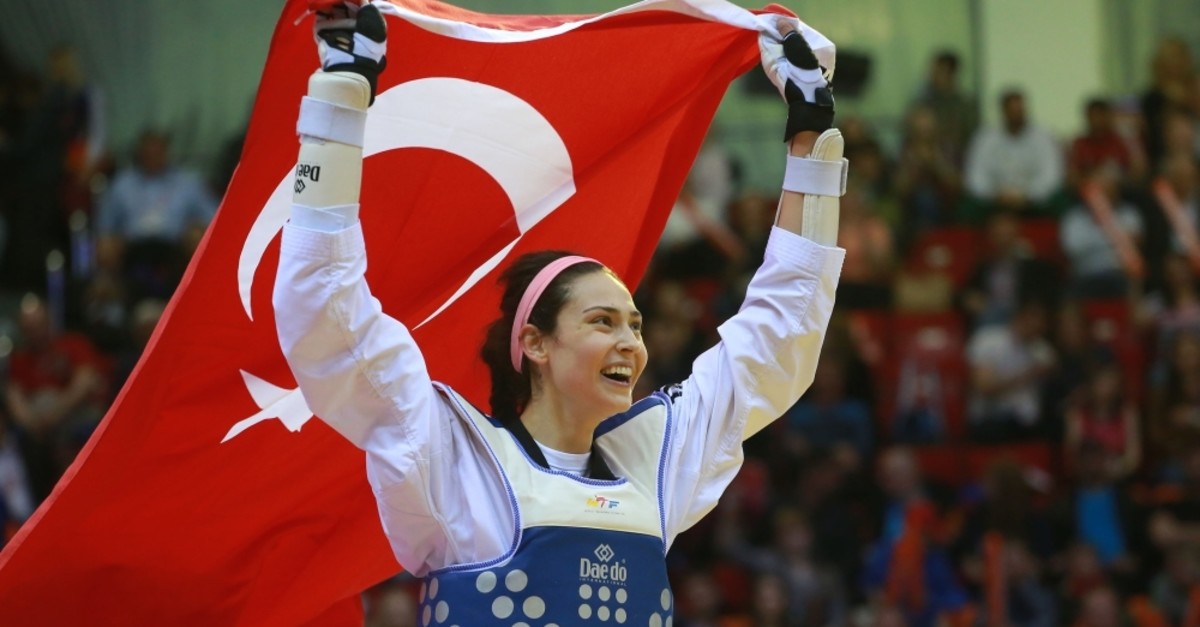 Ramil Guliyev and İrem Yaman, Turkey's world champions in athletics and taekwondo have won the athlete and sportswoman of the year awards

Adding to their multiple international titles, world champions Ramil Guliyev and İrem Yaman won the prestigious Athlete of the Year and Sportswoman of the Year awards in Istanbul Wednesday.

Youth and Sports Minister Mehmet Muharrem Kasapoğlu handed the awards at a ceremony for the 65th edition of the prestigious awards, organized by Turkish newspaper Milliyet and shaving products company Gillette.

Guliyev, a 28-year-old Azerbaijani-Turkish sprinter, brought Turkey the country's first gold medal in the World Championships when he won the men's 200-meter race in 2017. Competing for Fenerbahçe Athletics, Guliyev went on to win two gold medals in the Diamond League in 2018 and won top title in the European Championship the same year, setting a championship record of 19.76 seconds in the 200m.

İrem Yaman, 23, kicked off her streak of gold medals in the European championship in 2014 and the next year, she won gold in the World Championship in Russia. She is the only Turkish female taekwondo player to win a Grand Slam in 2018. She also won two consecutive European and Grand Prix titles in the women's category and eventually won the World Taekwondo Federation Sportswoman of the Year award last year.

The Vakıfbank women's volleyball team also won the Team of the Year award at the ceremony. The team won its third world title in December when it defeated Brazil's Minas. The coach of the Year went to Zeljko Obradovic, the Serbian coach of the EuroLeague leader Fenerbahçe, who is considered one of the greats of European basketball. Obradovic guided Serbia's Partizan to a championship before he joined Real Madrid in 1995, bringing the Spanish side a EuroLeague title. Lately, he is credited with three consecutive Euroleague championships with Greece's Panathinaikos and brought a 2017 top title to Fenerbahçe and brought the team to the Final Four every year since 2015.

Cengiz Ünder of Roma was chosen the Footballer of the Year. The 21-year-old forward joined the Italian side two years ago from Süper Lig leader Medipol Başakşehir. He shined in Serie A though he has battled with injuries this season. He is reportedly being chased by the likes of Sevilla, Arsenal and Tottenham Hotspur. Ozan Kabak of Stuttgart was chosen as the Debut Athlete of the Year. The 19-year-old Turkish defender joined the Bundesliga side this season from Süper Lig outfit Galatasaray, where he launched his professional career.

The Amputee National Team of Turkey was awarded the Paralympic Team of the Year. The team was crowned second in the Amputee World Cup last year. Fuat Çapa, the coach of Eskişehirspor, received a special award for fair play. Çapa was lauded for equalizing the number of players with rival Karabükspor in a match where the latter had to play with 10 players. Medipol Başakşehir goalkeeper Mert Günok, who is the least goal conceding goalie in the Süper Lig for a long while, also received a special award.