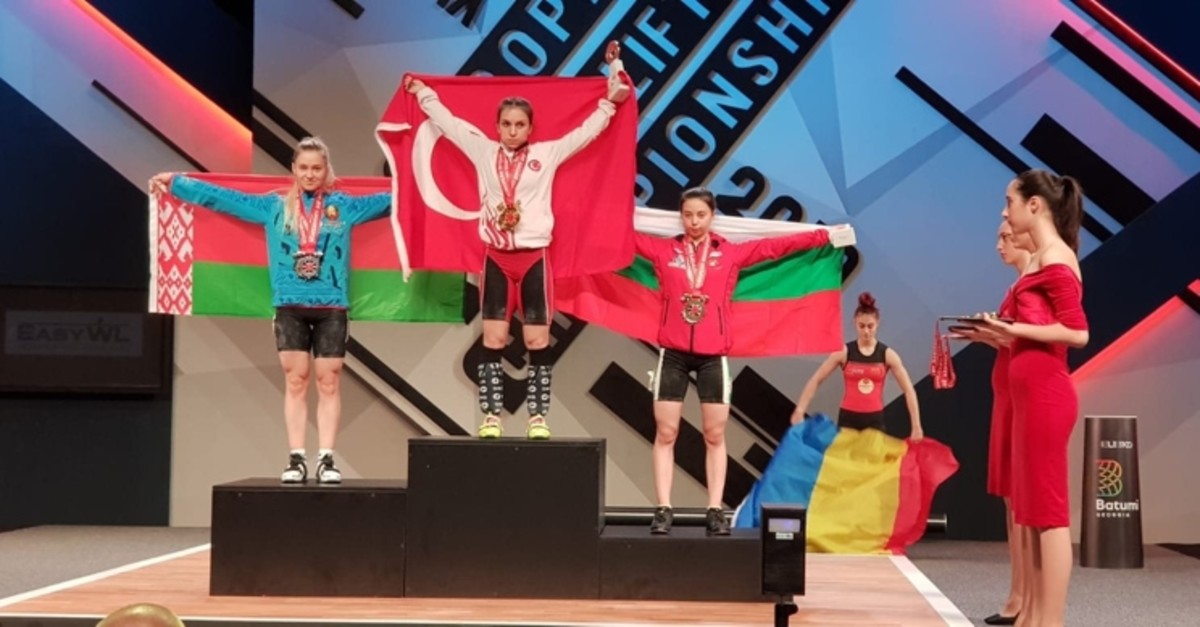 The national athlete, competing in the 45-kilogram class, won a gold medal in the snatch by lifting 70 kg, 73 kg, and 75 kg respectively in the competition held in the Black Sea port city of Batumi.

Erdoğan has also won a silver medal in the jerk by lifting 88 kg in her first round. She then tried to lift 91 kg in her second and third rounds but failed and fell behind her Bulgarian counterpart Ivana Petrova who lifted 89 kg.

This is the second gold medal that the national athlete had won by becoming the first in the competition with 163 kg in total while Petrova became second and Yuliya Asayonak, a Belarusian athlete became third.

Twenty male and female athletes from Turkey are participating in the competition, which will have its final rounds on April 13.