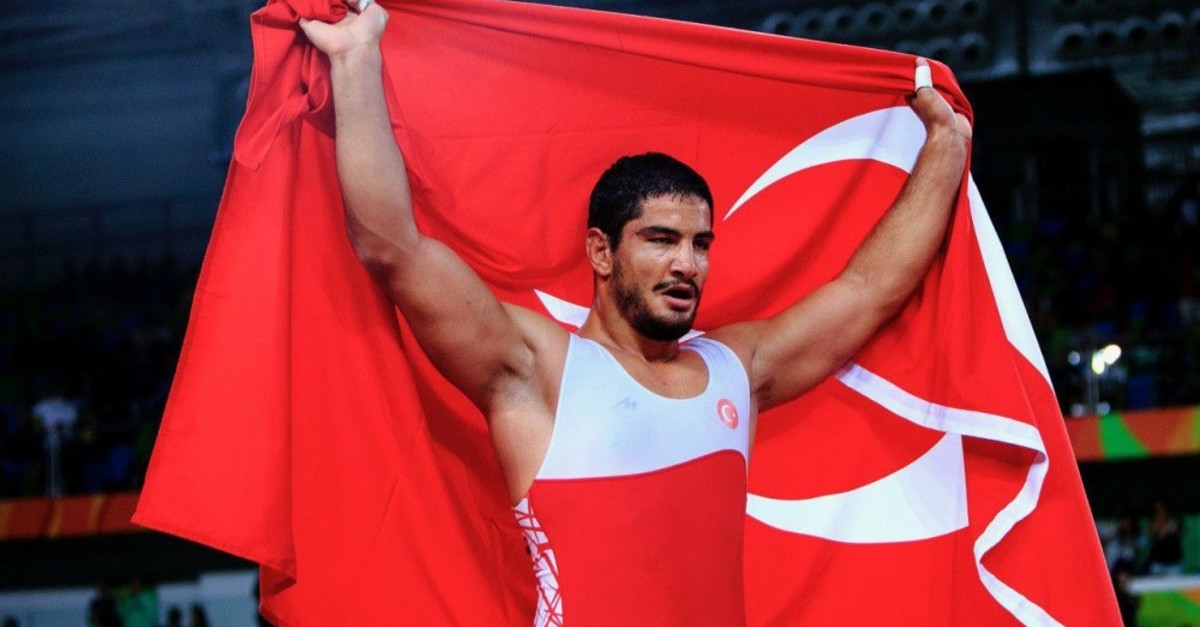 Taha Akgu00fcl, above, and Yakup Gu00f6r, right, hope to add to their European and world titles in the upcoming championship.
by Daily Sabah with AA Apr 06, 2019 12:19 am

No surprises will be in store for Turkish wrestling fans when the national team travels to Bucharest, Romania next week for the seniors' European championship. This is a team, after all, that has always been in the top three in European tournaments. Speaking to the media after wrapping up their intense training, the wrestlers said they were confident of succeeding as they did in the past tournaments.

Taha Akgül, the team's captain, will take to the mat for his seventh gold medal in European championships at the tournament that runs between April 8 and April 14. The wrestler, who will compete in the freestyle 125-kilogram category, holds the record for most European titles among Turkish wrestler. Add to this an Olympic gold and two world titles, Akgül remains one of the most successful wrestlers in Turkey where traditional wrestling has been a national sport for centuries. The 28-year-old athlete feels fully prepared for the championship after training with three Georgian heavyweight wrestlers he hosted in Turkey.

"I had trouble finding a good sparring partner and my brothers from Georgia, the best three wrestlers in the world in their own categories, helped me overcome this challenge. I couldn't find a good partner for years but my training with them improved my performance again," Akgül told Anadolu Agency (AA). "I used to train with wrestlers in the 96-kilo category in the absence of partners. Training with partners stronger than you helps you feel stronger when you join the tournament." He added that he plans to train more with Georgian wrestlers after the European championship for future success. Akgül added he thinks another Georgian wrestler is his strongest rival in the upcoming tournament. He will square off against Geno Petriashvili in Romania in his bid for another European title. Akgül returned empty-handed from the world championship in Budapest last year but says he still remains the "favorite" in his category. 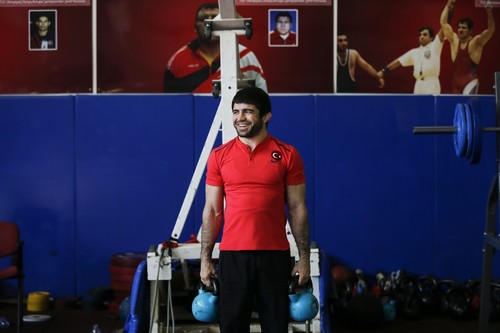 "I acknowledged my shortcomings after a loss in the world championship and started training immediately after the tournament to address them. I think this intense training will pay off in Romania," he says. Nevertheless, he adds that a defeat in the European competition would not upset him. "I already have many titles. My greatest ambition now is getting a second Olympics gold," he said, referring to the Tokyo 2020 Olympics. Still, he says that he feels obliged to bring another European title home for the fans. "You have to do it once you see the disappointment in the faces of people you come across after the competitions you lose," he added. The team's coach Abdullah Çakmar heaped praise on wrestlers and said he has faith that they will do their best for gold in Romania. "We have a team spirit and very valuable players with multiple world and European titles. Taha and Rıza [Kayaalp, the Greco-Roman wrestling world champion] should be relieved of their burden of having to win gold in every contest. Other players are now eager to win as many as them. We are a team not content with winning silver because of our history of gold," Çakmar said. Ya

kup Gör, who boasts silver medals in the previous world and European championships, looks forward to repeating the success of Soner Demirtaş, the winner of the past three top titles in the European championships in the freestyle 74-kilogram category. "I have a great responsibility," said the 30-year-old wrestler, who made it into the national team at 74 kilos this year after competing in the 70-kilogram-and-above category until last year. Gör, with a silver and two bronze medals under his belt in European championships as well as a silver in the world championship, wants to win gold. "I am in good form and hope not to dash the hopes of my team and fans," he said.