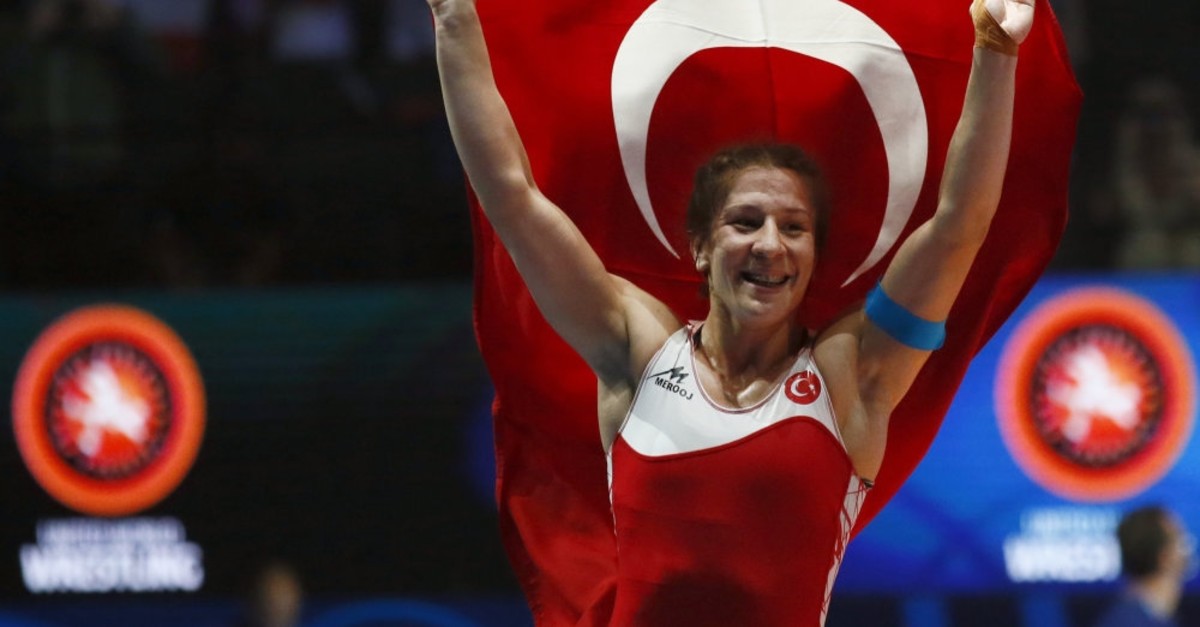 The Turkish national wrestling team started its weeklong European Wrestling Championship campaign in Bucharest, Romania yesterday. Some 30 male and female wrestlers, making up one of the most successful teams in European Championships history, will represent Turkey at the event. Three among them - Rıza Kayaalp, Taha Akgül and Yasemin Adar - stand out for their record title bid.

Kayaalp will aim for his ninth European title while Akgül seeks a seventh gold in the tournament. In the women's event, Adar will be looking to claim her fourth European gold medal. Kayaalp will get a shot at becoming the most decorated Turkish wrestlers in European tournaments if he wins another title. This might be an easy feat as he is part of a team that won a historic 13 medals in last year's European championship.

Turkish wrestlers will compete in freestyle and Greco-Roman categories and Kayaalp will vie for the title in Greco-Roman 130 kilogram category and a gold medal will earn him an eighth consecutive title. He has already equaled the record of former wrestler Hamza Yerlikaya when he won last year's top European title. Akgül will compete in freestyle 125 kg category and boasts an impressive and yet unbroken record of six gold medals in his category in the European competitions for Turkish wrestlers. Adar, on the other hand, will take to the mat to build upon her record as only female Turkish gold medal winner after her win in the 2016 edition of the tournament. Adar is also the only Turkish female wrestler with a top world title.