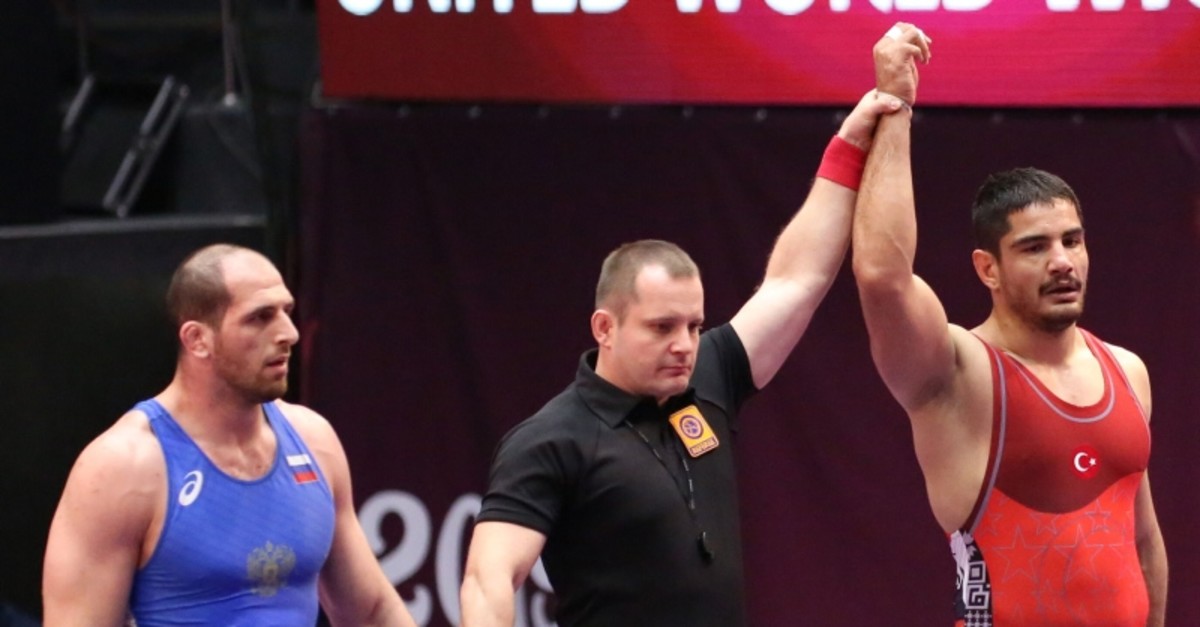 Akgül, the Turkish national team's captain, took to the mat for his seventh gold medal at the tournament, beating Georgian Geno Petriashvili in Bucharest, Romania.

The wrestler, who is competing in the freestyle 125-kilogram category, holds the record for most European titles among Turkish wrestler.

Add to this an Olympic gold and two world titles, Akgül remains one of the most successful wrestlers in Turkey, where traditional wrestling has been a national sport for centuries.

The 28-year-old athlete had said he felt "fully prepared" for the championship after training with three Georgian heavyweight wrestlers he hosted in Turkey.

"I congratulate Taha Akgül, who has become the best in Europe for the 7th time and made us proud," Minister of Youth and Sports, Mehmet Muharrem Kasapoğlu, said on Twitter.

With Akgül's gold medal, Turkish wrestlers have won a total of three gold medals at the international event, which ends on Sunday.

Turkey's Selahattin Kılıçsallayan clinched a silver medal in the men's 65-kg freestyle final after being bested by Azerbaijan's Haci Aliyev.