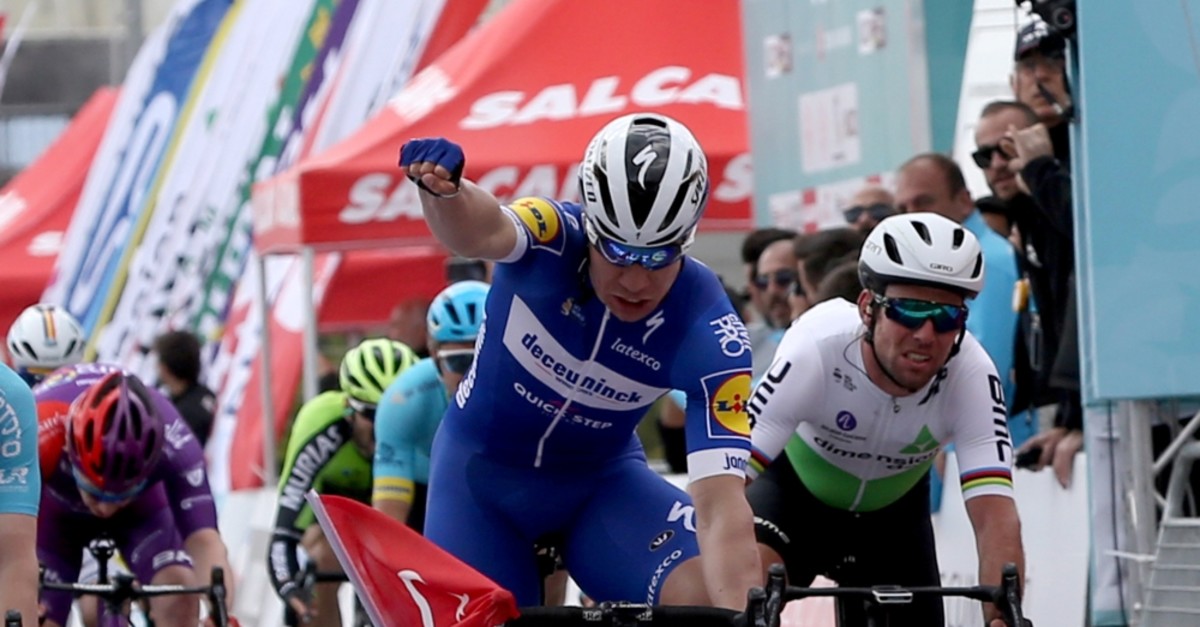 Putting an end to a streak of wins by Irish cyclist Sam Bennett, Fabio Jakobsen of Deceuninck-Quick Step, emerged victorious in the third stage of the Tour of Turkey Thursday.

The 22-year-old Dutch cyclist rode to the finish line unfazed though his handlebar was tangled with a small Turkish flag on the roadside. Jakobsen clocked 2 hours, 50 minutes and 12 seconds in the 122.6 kilometers long stage. The stage between Çanakkale, home to ancient Troy and Edremit, started from a square where a replica of iconic Trojan Horse is located. It was a smooth course barring the final kilometers when a fast and chaotic sprint unfolded.

Mark Cavendish, in his first top three spots in 10 months, almost caught up with Jakobsen, before he was forced to swerve to avoid a collision. The move brought a second spot in the third stage for Sam Bennett. Bennett still dominates general classification after stage three and is followed by his teammate from Bora-Hansgrohe, Felix Grossschartner. The race, which is formally known as the Presidential Cycling Tour, will continue with the fourth stage between the cities of Balıkesir and Bursa. A 194.3 kilometer-long route will be followed by a challenging stage between Bursa and Kartepe.