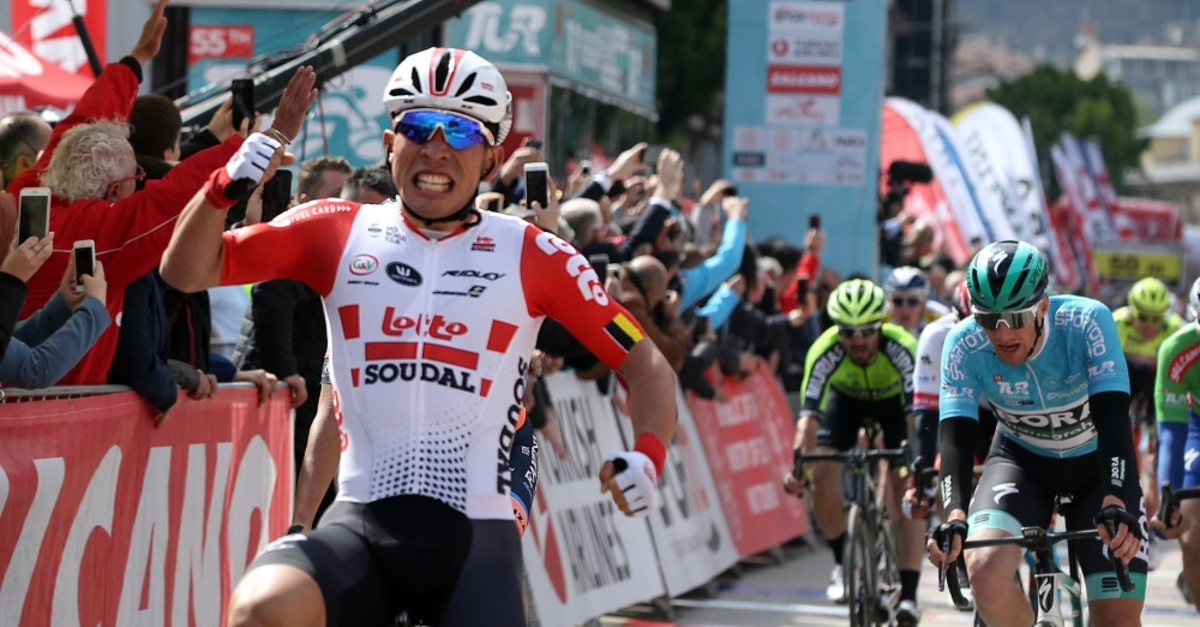 Victory came in the fourth day for Australian cyclist Caleb Ewan who won the fourth stage of Tour of Turkey Friday.

The Lotto-Soudal rider completed the 194.3-kilometer fourth stage between Balıkesir and Bursa in northwestern Turkey ahead of Spain's Juan Jose Lobato. Sam Bennett of Bora-Hansgrohe was relegated to third place after winning two consecutive titles in first two stages of the race, officially known as Presidential Cycling Tour. Ewan narrowly reached the finish line after a frantic sprint in the final kilometer as Lobato was about to close the gap in the last meters.

The fourth stage of the race, set to end Sunday, brought riders a climbing challenge in the first 20 kilometers. After a smooth course in the middle with occasional rises, the race grew undulating in the final 50 kilometers, culminating in a five-kilometer climb and a flat final dash.