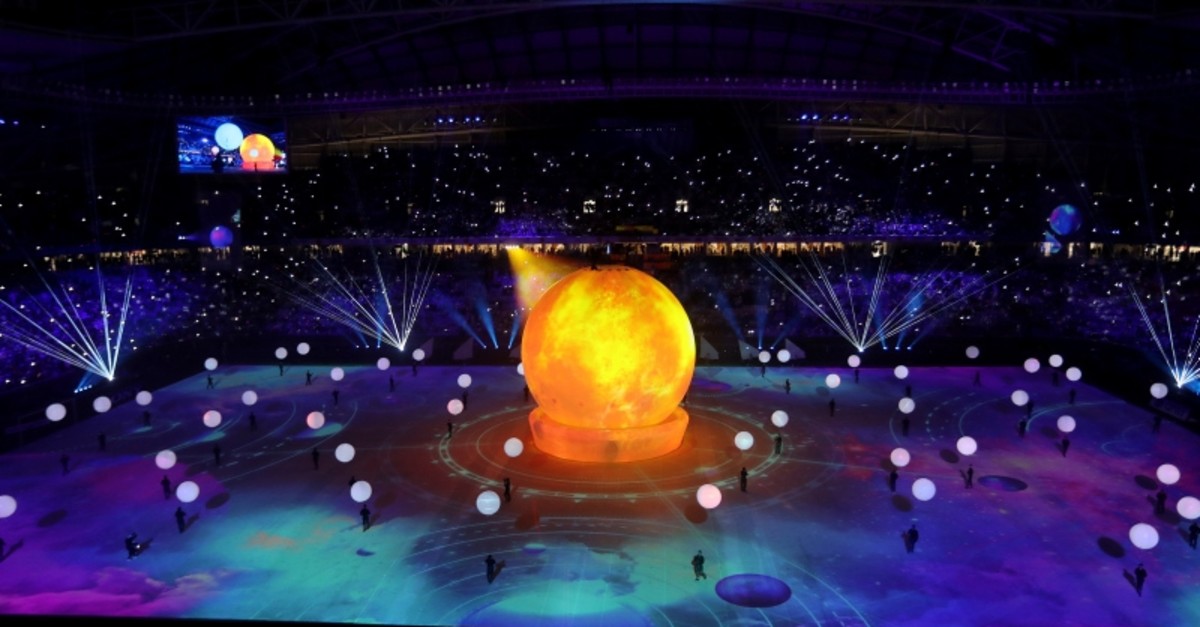 The ground, designed by late British-Iraqi architect Zaha Hadid and located in a coastal town south of Doha, erupted into cheers as Emir Cup finalists Al-Sadd and Al-Duhail ran onto the pitch.

There were some traffic jams and tight security checks as the ground, which was nearly full for the prestigious fixture, began to fill ahead of kick-off.

"I've traveled the world and I've been to stadiums in different cities including the U.K.," said Yousef al-Jaber, a 35-year-old oil company research director from Doha.

"Finally I was able to go to one in Qatar that is world-class," added the Chelsea fan who watched the game with his wife and two sons.

"It's a one of a kind, it's a futuristic design. Al-Wakrah is a coastal city and the architecture is inspired by that."

The stadium's distinctive retractable roof — meant to resemble the sails of a traditional dhow fishing boat — is made of 1,400 pieces and was shipped to Qatar from Italy.

It was plunged into darkness for the pre-match show and performers assembled around a giant illuminated inflatable pearl on the center of the manicured pitch.

A video describing the Gulf nation's history as a pearling station played on the ground's two big screens.

The pearl then slowly transformed into a representation of the Emir Cup trophy before a 150-strong marching band serenaded the stadium.

Of the eight stadiums Qatar is building or refurbishing for 2022, Khalifa International was already open and will host this year's World Athletics Championships.