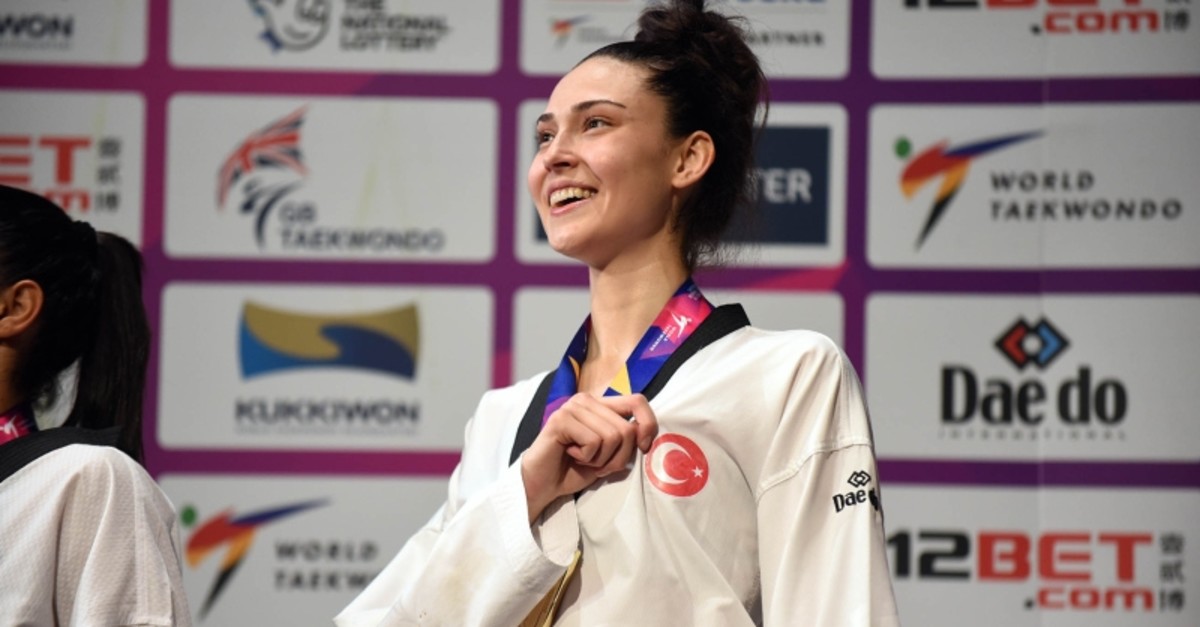 Turkish athlete Irem Yaman on Sunday won the gold medal in the women's 62 kg category at the World Taekwondo Championships in the U.K.

Beating her Brazilian opponent Caroline Santos 21-7 in the final match, Yaman protected her title as the world champion she won in 2015 and became the first Turkish female athlete to win the gold medal twice in taekwondo.

She is expected to represent Turkey in 2020 Tokyo Olympics.

Yaman beat Tunisian, Chinese and French opponents to excel to the final.

The 23-year old athlete had won the world championship and gold medal in Russia in 2015.