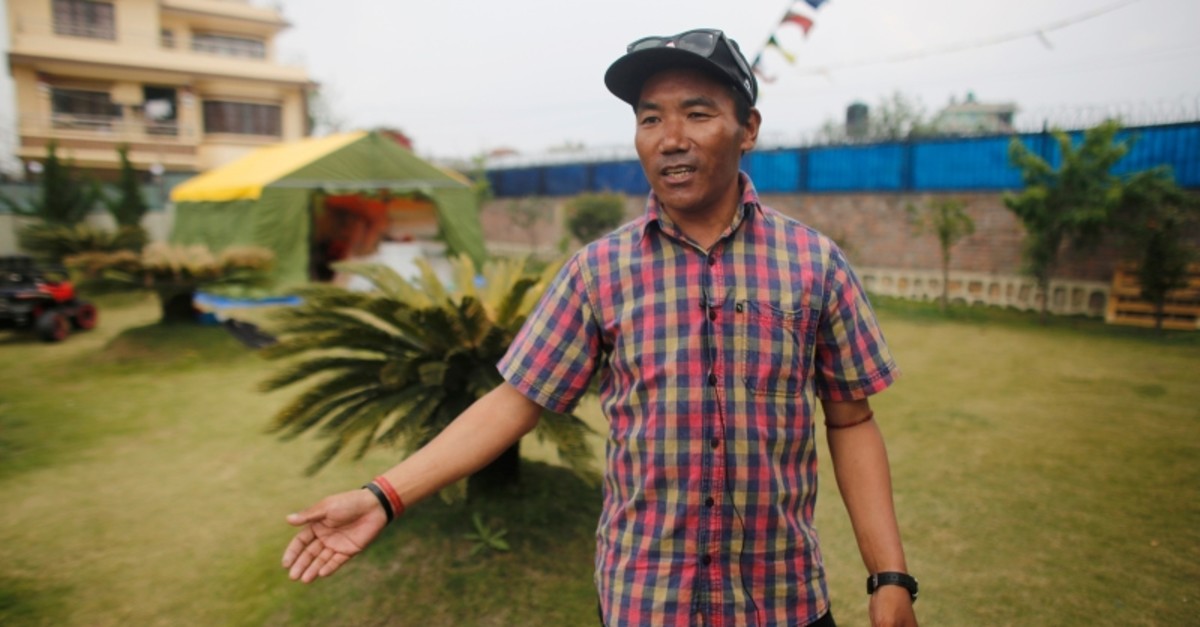 A Nepali sherpa reached the summit of Mount Everest a record 24th time on Tuesday, an official said, his second ascent in just a week, and he has set his sights on one more climb before he retires.

"This is historic. He made his record climb this morning, guiding a team of Indian police," Mingma Sherpa of Seven Summit Treks told AFP.

A guide for more than two decades, Sherpa first summited the world's highest peak in 1994 while working for a commercial expedition.

In the 25 years since, the 49-year-old has made 35 summits on five 8,000-metre peaks, including the world's second-highest mountain, K2 in Pakistan.

Last year he ascended Everest for the 22nd time, breaking the previous record of 21 summits he shared with two other Sherpa climbers, both of whom have retired.

Returning last week to a colorful welcome at base camp after his 23rd climb, Sherpa had already said that he wanted to go up for a second time this season.

"I am very happy and proud, I think I might go up the mountain again this season," he had said over a crackly phone line after his descent.

After this week's climb, Kami said he wants to climb the mountain one more time.

"I am still strong and want to climb Sagarmatha 25 times," Kami told Reuters before leaving for his 23rd climb, referring to the Nepali name for Everest.

The accomplished climber has often said he did not intend to make records, but accumulated his summits in course of his work as a guide.

"I did not climb for world records, I was just working. I did not even know you could set records earlier," he said last month before setting off for Everest base camp.

With their unique ability to work in a low-oxygen, high-altitude atmosphere, ethnic Sherpa guides are the backbone of Nepal's climbing industry, helping clients and hauling equipment up Himalayan peaks.

Mountaineering has become a lucrative business since Edmund Hillary and Tenzing Norgay made the first ascent of Everest in 1953.

Nepal has issued a record 381 permits costing $11,000 each for this year's spring climbing season, sparking fears of bottlenecks en route to the summit if poor weather cuts down the number of climbing days.

Most Everest hopefuls are escorted by a Nepali guide, meaning over 750 climbers will tread the same path to the top in the coming weeks.

And at least 140 others are preparing to scale Everest from the northern flank in Tibet, according to expedition operators. This could take the total past last year's record of 807 people reaching the summit.

Many Himalayan mountains -- including Everest -- are at peak climbing season, with the window of good weather between late April and the end of May.

The death toll is already mounting, however.

An Indian climber died on Everest last week while a search continues for an Irish mountaineer who slipped and fell close to the summit.

Six other foreign climbers have died on other 8,000-meter Himalayan peaks while two are missing.