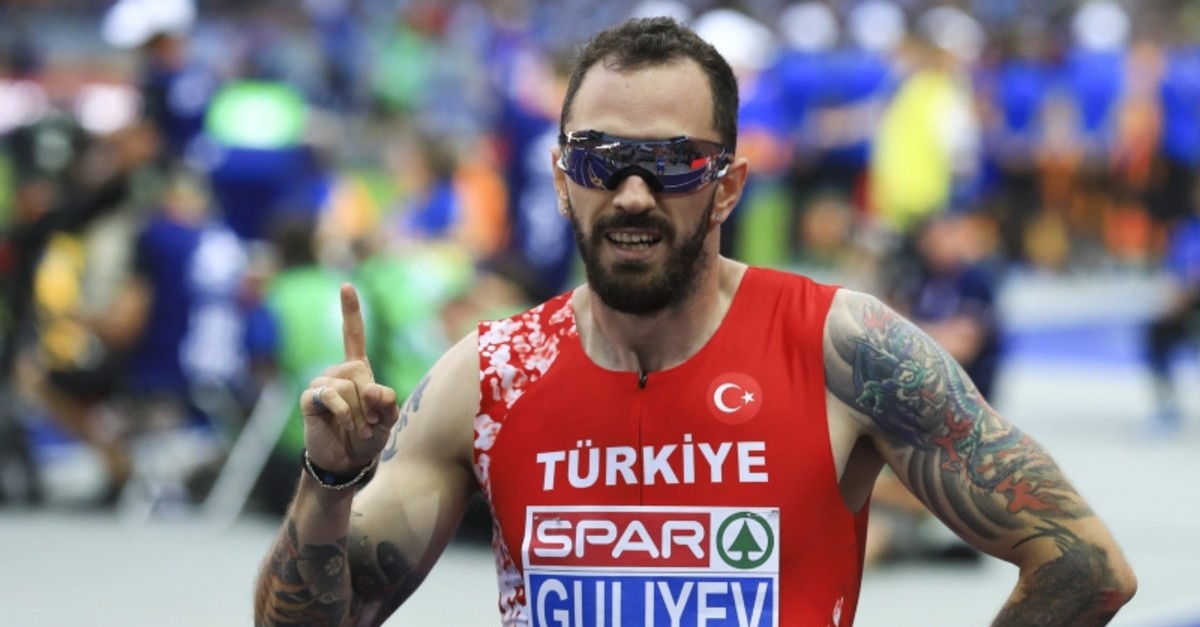 In the eighth IAAF Diamond League meeting of this season, the 29-year-old athlete finished the competition in the fifth spot with a time of 20.01 seconds in the men's 200-meter final.

Guliyev, who is originally from Azerbaijan but gained Turkish citizenship in 2011, secured his first gold medal for Turkey in 2017, in the men's 200 meters at the International Association of Athletics Federations World Championships in London.

At the competition Friday, Noah Lyles from the U.S. won the gold medal with a time of 19.50 seconds, the fourth fastest time in history.

Among Americans, only Michael Johnson, who won the 1996 Atlanta Olympics title in 19.32, has run the 200 faster than the 21-year-old Floridian.

On an ideal night for sprinting, two-time Olympic gold medalist Shelly-Ann Fraser-Pryce dominated the women's 100. Her 10.74 performance was just 0.01 outside the world-leading time Elaine Thompson and Fraser-Pryce herself clocked at the Jamaica nationals last month.

The 32-year-old Fraser-Pryce, who missed the 2017 season to give birth to her first child, quickly ran clear to finish 0.17 ahead of Dina Asher-Smith, the European champion.

Asher-Smith and the 2017 worlds silver and bronze medalists — Marie-Josée Ta Lou and Dafne Schippers — all clocked season-best times trailing far behind Fraser-Pryce, the 2008 and 2012 Olympic champion.

World champion Justin Gatlin cruised to victory in the men's 100 in 9.92, breaking clear before the midway point to leave fellow American Michael Rodgers trailing in 10.01.

A curious men's 5,000 left Yomif Kejelcha ahead at the bell signaling one lap left after Hagos Gebrhiwet, the Olympic bronze medalist, slowed and saluted the crowd thinking he had won. Kejelcha timed 13 minutes, 0.56 seconds.

Running the second-fastest women's 400 this season, Nigeria-born Salwa Eid Naser of Bahrain timed 49.17, just 0.02 ahead of Aminatou Seyni, setting a Nigerian record. Shamier Little of the U.S. won the 400 hurdles in 53.73, third best in the world this season.

World champion Mariya Lasitskene failed with three attempts at a world-leading — and lifetime best — high jump of 2.07 meters. The Russian's clearance at 2.02 took the win.

Olympic silver medalist Orlando Ortega of Spain won the 110 hurdles in 13.05, edging Daniel Roberts of the U.S. In the 800, Commonwealth Games champion Wyclife Kinyamal of Kenya won in 1:43.78.

In women's field events, Germany got wins from Christin Hussong (66.59) in the javelin throw, and Christina Schwanitz (19.04) in shot put. Olympic champion Caterine Ibarguen of Colombia won the triple jump with her season best of 14.89 meters.