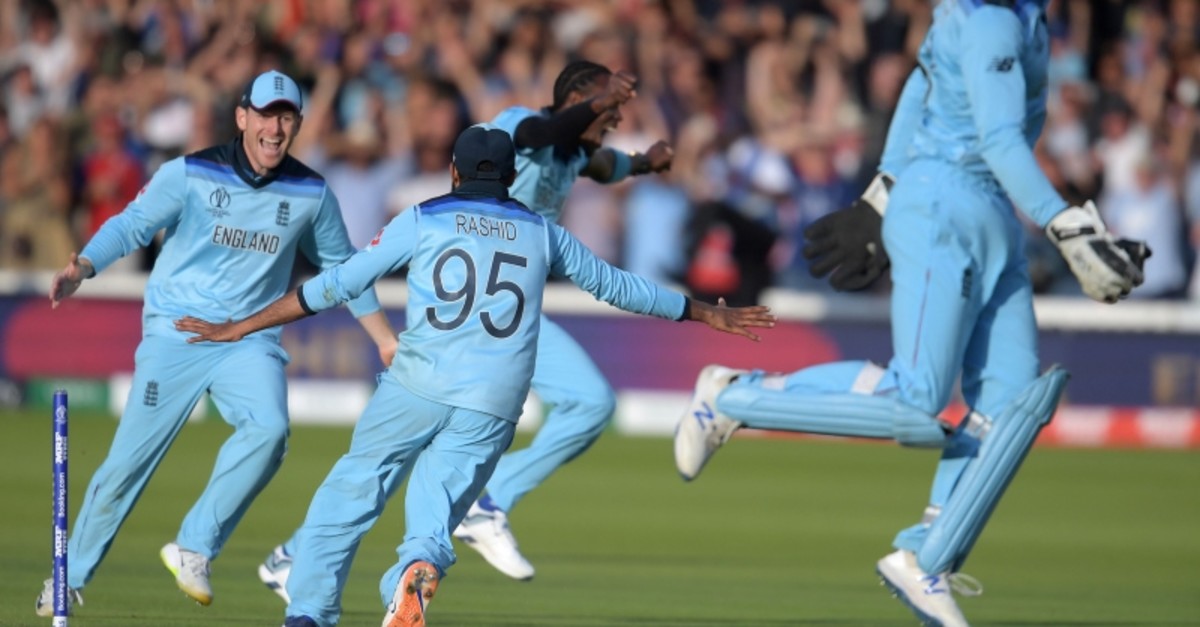 England's captain Eoin Morgan (L) celebrates with his players after victory in the 2019 Cricket World Cup final between England and New Zealand at Lord's Cricket Ground in London on July 14, 2019. (AFP Photo)
by reuters
Jul 14, 2019 9:48 pm

England won the Cricket World Cup for the first time after New Zealand matched their 15 in a Super Over but lost on fewer boundaries scored in the match after an extraordinary final at Lord's was tied on Sunday.

England were all out for 241 on the last ball of the 50th over, chasing New Zealand's 241 for eight.

England scored 14 in the last over but Mark Wood was run out seeking the second run that would have won it for the hosts.

Ben Stokes, who finished on 84 not out, came back for the Super Over with Jos Buttler amid scenes never before seen at the home of cricket.

New Zealand needed two off the last ball of Jofra Archer's over but Martin Guptill was run out coming back for the second run and England triumphed due to hitting more boundaries on the day.

Henry Nicholls made 55 and Tom Latham 47 without ever really looking comfortable but the score began to look challenging as England slumped to 86-4 before Stokes and Buttler put on 110 to set up the amazing finale.