As Olympics near, swimmers look to make their mark at worlds 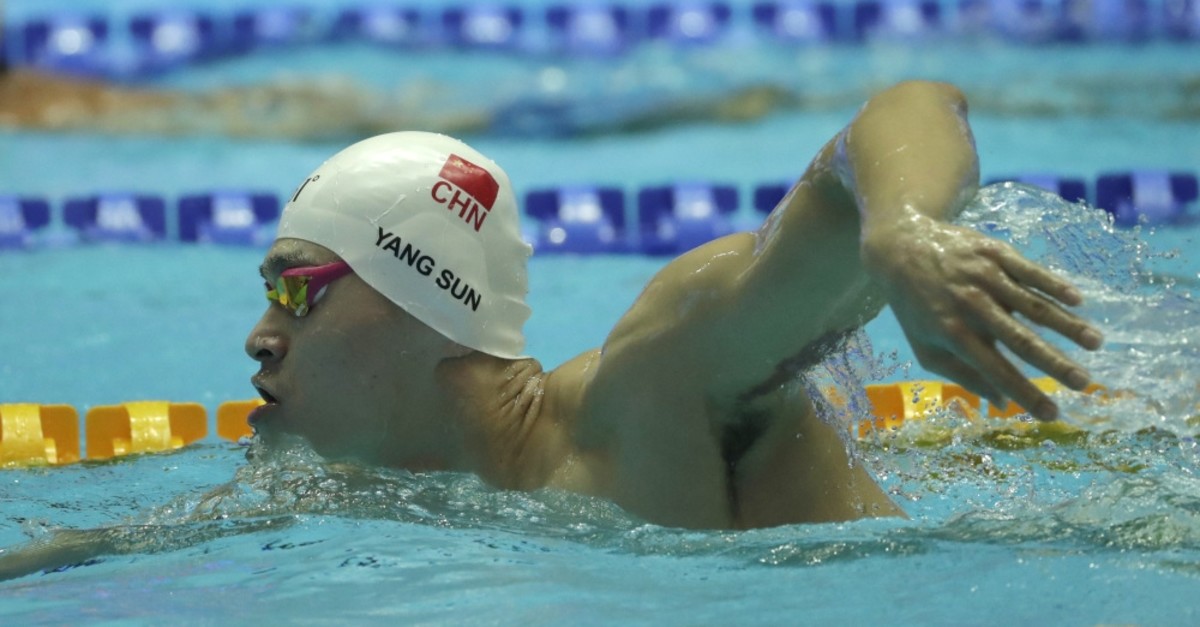 International swimmers brace for medal events over the weekend at the World Aquatics Championships in South Korea, the last large-scale tournament before the 2020 Olympics

The slogan for this month's world aquatics championships in South Korea is "Dive into Peace" but geopolitics will be the last thing on swimmers minds as they plunge into the Gwangju pool looking to lay down a marker ahead of the 2020 Olympics.

A total of 42 swimming gold medals will be up for grabs at the biennial championships, a platform which catapulted future Olympic great Michael Phelps onto the global stage as a 15-year-old in 2001. While Phelps has long since hung up his goggles, American swimming looks no less dominant with freestyle queen Katie Ledecky and sprint powerhouse Caeleb Dressel spearheading the U.S. roster for the July 21-28 meet.

Ledecky, who is looking to add to her haul of 14 gold medals, is the world record holder in the 400, 800 and 1,500 and will compete in all three events, plus the 200. How the five-times Olympic champion handles that punishing schedule will be a good indicator of her chances of sweeping all four at next year's Tokyo Games, which has added the 1,500 to the programme. Even if the 22-year-old struggles to peak in all four it is highly unlikely she will drop the 1,500 since she holds nine of the 10 fastest times ever swam in the event. If she is to be beaten in Gwangju, however, the 200 is where it might happen.

Australian Ariarne Titmus has emerged as a real threat with the fastest time of the year (1:54.30) with compatriot Emma McKeon close to that mark at last month's Australian trials.

Swede Sarah Sjostrom and Italian Federica Pellegrini have also swam faster than Ledecky in the 200 this year. Sjostrom has won her preferred event, the 100 butterfly, at four previous world championships and victory next week would make her the first female swimmer to win the same event five times. Hungarian Katinka Hosszu could also collect her fifth win in the 400 individual medley on the final day of the championships.

SUN UNDER A CLOUD

For 2020 Olympics hosts Japan, gold medals may be in short supply.

Rikako Ikee, who became the first swimmer to win six gold medals at an Asian Games last August, will be absent as the 19-year-old battles leukaemia, while Rio Olympics 400 individual medley gold medallist Kosuke Hagino is taking time off to get in the right physical and mental shape for 2020.

A decade after Phelps won seven gold medals at the 2007 championships, Dressel repeated that record feat in Budapest and the American heads into the worlds in solid form for the 50 and 100 freestyle and butterfly.

The Florida native will not have it all his own way, though, with Australia's Kyle Chalmers leading the way in the 100 free this year while Brazil's Nicholas Santos has been setting the times to beat in the 50 fly.

Santos was originally left off Brazil's roster as his event is not on the Olympic programme but organisers FINA issued the 39-year-old with a special invitation to compete in Korea.

South Korean swim fans will be denied the chance to see their own superstar with an undercooked Park Tae-hwan not competing at the championships, though his freestyle arch-rival Sun Yang will be there looking to add to his nine world titles.

But while the Chinese powerhouse guns for a fourth successive world title in the 400 the 27-year-old will be racing under a cloud as the Court of Arbitration for Sport considers a case against him. Should it not go his way, Sun's days in the pool might be numbered.

International sporting events staged on the peninsula typically come with some form of inter-Korean baggage but with the North giving Gwangju the cold shoulder there is little in the way of diplomatic distractions at the meet.

Local ticket sales have been strong, despite the absence of Park and the attention North Korean athletes usually draw in the South, with organisers saying earlier this month they had reached almost 90 percent of their target.

Action at the Nambu University Municipal Aquatics Center begins on July 21, while other disciplines such as diving, water polo and artistic swimming kicked off earlier this week at venues around the city.