Cycling from Casablanca to Mecca, Moroccan athlete arrives in Ankara 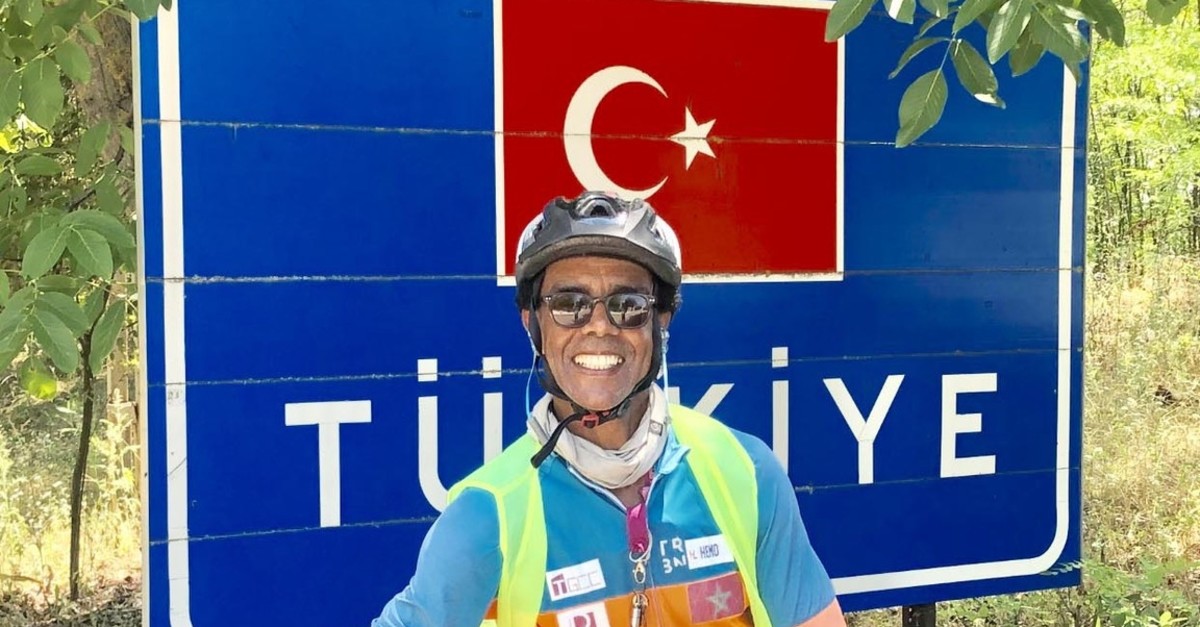 A 65-year old Moroccan athlete who departed from Casablanca with Mecca on his sights has arrived in Ankara, the 9th country on his epic bike ride across three continents.

Karim Mosta is a professional athlete who has participated in 165 competitions throughout his career, crowning his success by winning the ultra-marathon world cup in 1994-95. He also attended his native Morocco's challenging Marathon des Sables 29 times, winning the competition once with his team.

Mosta has run more than 217,000 kilometers (134,000 miles) during his 38-year-long career, which is enough to circumnavigate the Earth five times, and has traveled to 135 countries.

On May 4, he embarked on another challenge: cycling for more than 8,000 kilometers to reach Mecca to perform the Hajj and inspire others to do the sport. So far, he has crossed Spain, France, Italy, Slovenia, Croatia, Serbia, Bulgaria and Greece. Now that he has made it to Turkey, his next stops will be Lebanon and Jordan, before he reaches Saudi Arabia, his final destination. 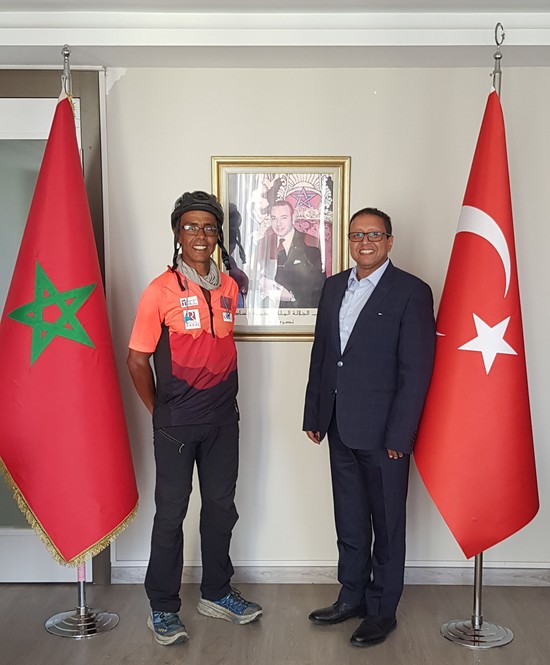 Karim Mosta poses for a photo with Moroccan Chargé d'Affaires Said Ait Talebe-Ali at the embassy in Ankara.

Speaking to the Daily Sabah from the Moroccan Embassy in the Turkish capital, where he arrived after cycling 5,443 kilometers, Mosta said he had four main reasons to go on this journey. The first one was cultural, as he would get the opportunity to see 12 countries. The second was to set an example for others, give people the will to go beyond their abilities and encourage them to do better. The third was to perform the Hajj, one of the five pillars of Islam. And the last one is humanitarian-minded, it is to help raise funds for two Moroccan orphans, a boy and a girl, for their education and living costs.

"Turkey has been one of the most wonderful parts of my journey," Mosta said, adding that people have been very helpful to him and showed great interest in him. Although the route between Istanbul and Ankara was very challenging due to hills and mountains, it had a wonderful nature, he said. During the rest of his trip in Turkey, Mosta will depart from Ankara, cycle through Central Anatolian plains, cross the daunting Taurus Mountain range and arrive at the Mediterranean port city of Mersin where he will take the ferry to Tripoli, Lebanon.

Mosta said the most challenging part of his journey, the section between Jordan and Mecca with tough climate and geographical conditions, is still ahead. But he is determined to keep up with his 100-kilometer per day routine and aims to reach Mecca during the Hajj period beginning on August 9.

Saying that he is the first athlete to cover this specific route, Mosta added: "Even if I can't make it to Mecca on time for the Hajj, maybe others will."

Despite embarking on a four-month journey, Mosta, weighing 63 kilograms on top of a 17-kilogram bike, keeps light and carries 25 kilograms of equipment. In Spain, France and Italy, he mainly preferred camping for accommodation, whereas in the Balkans and Turkey, he mostly stayed in hotels or house rooms rented out by people.

Mosta has a Facebook page where he publishes his locations and route daily, and holds live broadcasts. Two radio stations in Morocco, Atlantic Radio which broadcasts in French and FM Radio in Arabic, make daily phone connections with him get updates about his journey. He does not want his journey to be perceived as a travel guide and avoids specific names for hotels or accommodation, but he publishes tips about security, food or his cycling route.

The athlete also keeps in touch with his wife Nadine and two daughters living in France via Whatsapp video calls and Messenger. He especially thanks Nadine for her support and encouragement throughout his career. "If it wasn't for her, I wouldn't even try," Mosta said.

Mosta also thanked the staff of Moroccan diplomatic missions in Sofia, Istanbul and Ankara for their interest and hospitality.