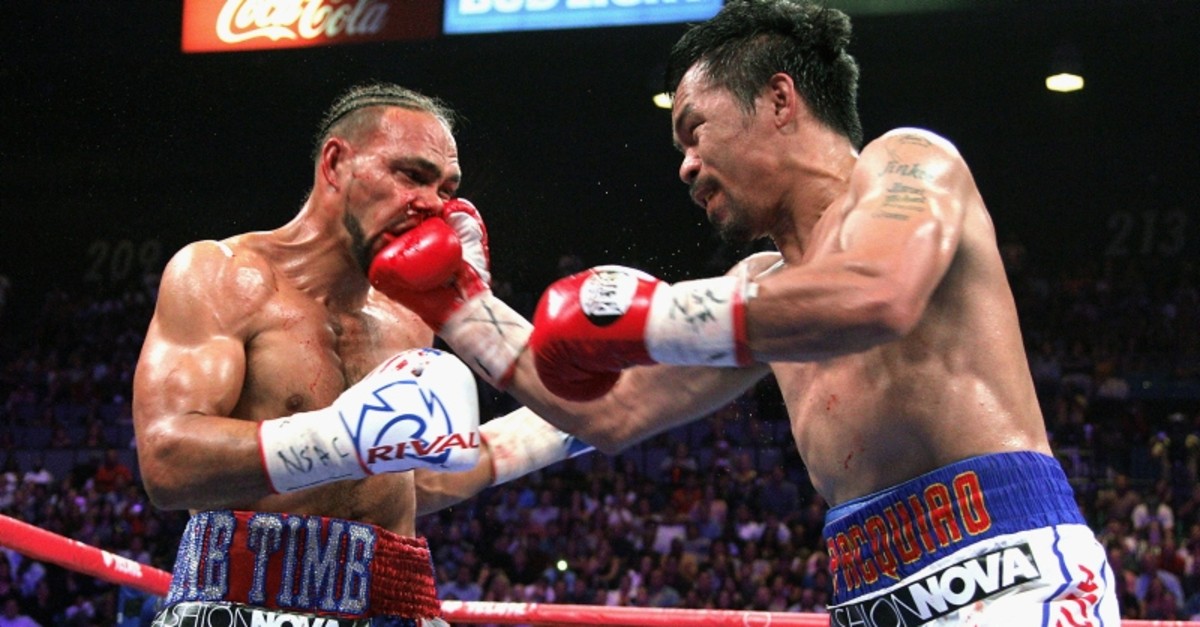 Manny Pacquiao, right, lands a punch against Keith Thurman in the fifth round during a welterweight title fight Saturday, July 20, 2019, in Las Vegas. (AFP Photo)
by Compiled from Wire Services Jul 21, 2019 11:25 am

Manny Pacquiao beat defending champion Keith Thurman on a split points decision on Saturday to take the WBA Welterweight Super Championship at the end of an electrifying fight in Las Vegas.

"The knock down was a big factor," said Pacquiao, who became the oldest welterweight champion in boxing history.

Thurman had vowed to beat the 40-year old Filipino into retirement, but he was behind from the first round at the MGM Grand.

The 30-year old American had a height, reach, and age advantage but he got knocked down with less than a minute to go in the first round and was chasing the fight from then on.

Thurman started to bleed from his nose in the fifth round and looked beaten but he recovered in the middle of the fight to win several rounds and shake Pacquiao's confidence.

The Filipino, however, recovered his poise towards the end of the 12-round contest, to edge the fight. 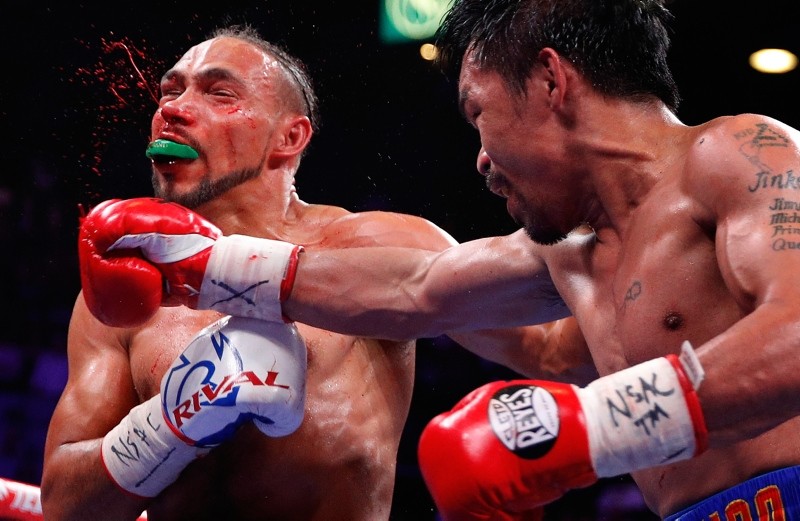 "I knew it was just too close. He got the knockdown so he had momentum in Round One," Thurman said on CBS Sports.

"I want to thank the fans. I want to thank everybody for coming out. This was a beautiful night of boxing. Manny Pacquiao is a great, truly great champion.

"I wish I had a little bit more output to go toe to toe. I felt like he was getting a little bit tired, but he did have experience in the ring. My conditioning, my output was just behind Manny Pacquiao. It was a great night of boxing. I'd love a rematch."

Pacquiao, whose speed and power belied his age, is the only man in boxing history to hold world titles in eight different divisions.