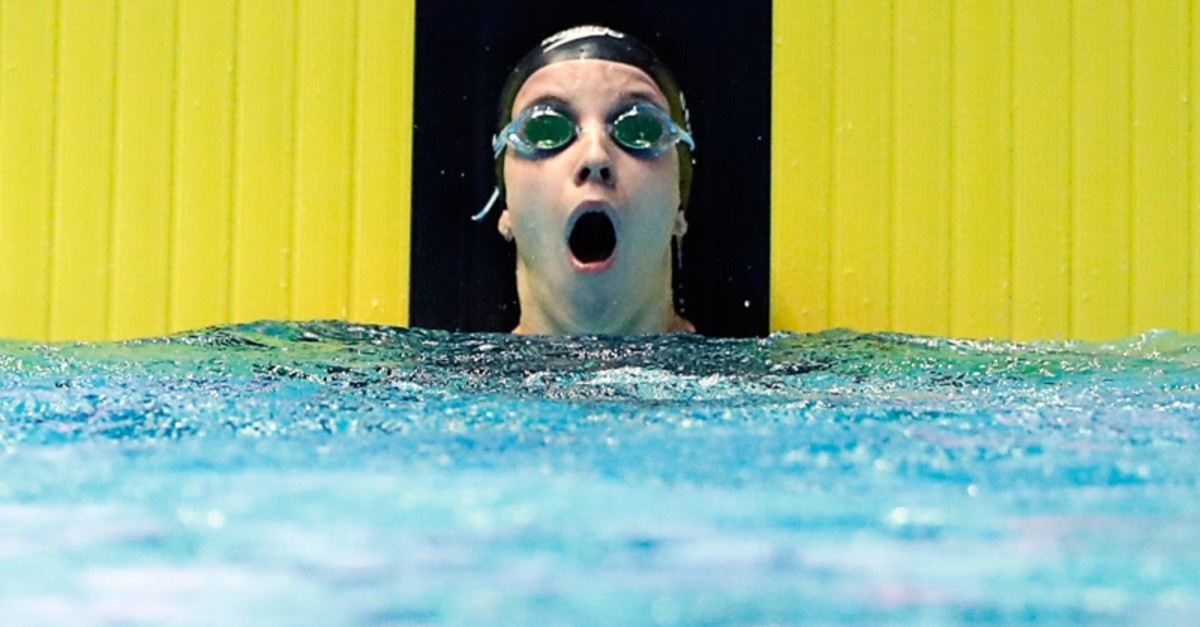 Smith lowered her own junior world record in the morning preliminaries, finishing in 2:06.01.

In the semifinals, she finished 3.22 seconds ahead of Kylie Masse of Canada, who was the second-fastest qualifier.

The final is Saturday night.

Relegated to Lane 1 with the slowest qualifying time, the American led all the way and touched first in 52.04 seconds, beating Cate Campbell of Australia by 0.39 seconds.

"Not everybody has a perfect swim every time so I just needed to regroup and put on a good face," Manuel said. "I'm a veteran on the team, so I have to be able to show a little bit of poise in these hard moments."

Manuel was unable to hold off Campbell on the anchor leg of the 4x100 free relay earlier in the meet, with Australia claiming gold and the U.S. silver.

"I did take that relay really hard because I didn't feel like I did as best as I possibly could," Manuel said.

Manuel was the only woman under 25 seconds on the opening lap. She knocked 1.27 seconds off her time from the morning semifinals that landed her in the far outside lane.

Manuel became the second woman to win multiple titles in the 100 free, joining Kornelia Ender of the former East Germany, who won in 1973 and '75.

In 2016, Manuel became the first African-American woman to win an individual swimming gold at the Olympics when she tied Canada's Penny Oleksiak for gold in Rio de Janeiro.