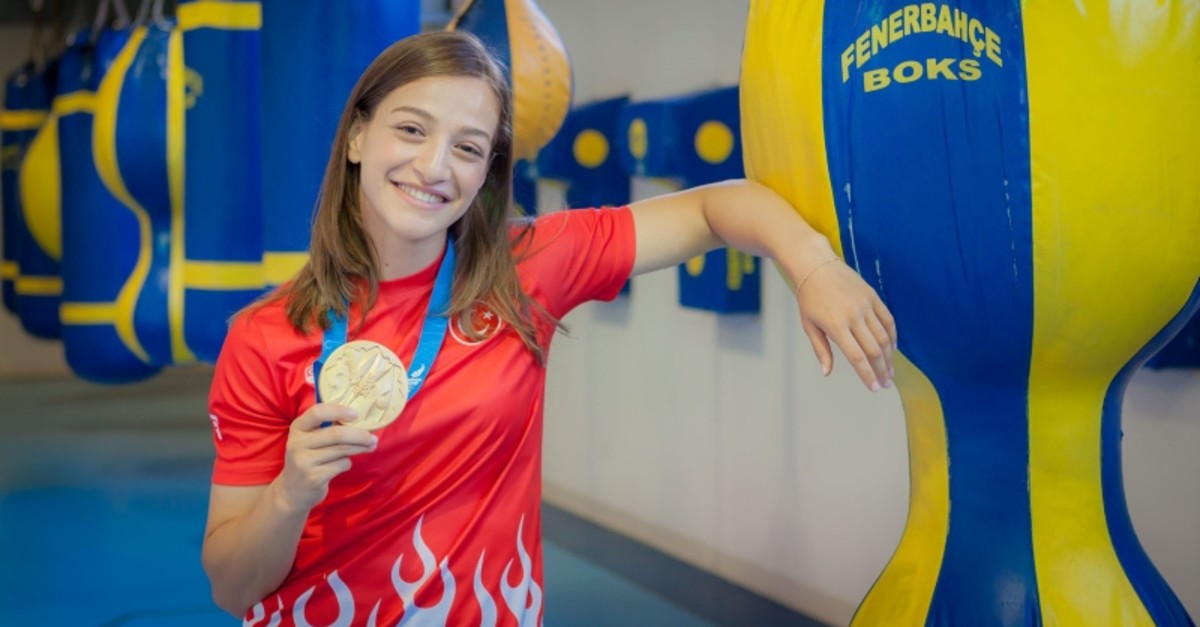 Buse Naz Çakıroğlu, the only Turkish athlete to win a gold medal in boxing at the 2019 European Games, aims to add new championships to her career

Buse Naz Çakıroğlu, the only Turkish athlete to win a gold medal in boxing at the 2019 European Games, aims to add new championships to her career. Currently gearing up for the European Boxing Confederation (EUBC) Women's European Boxing Championships to be held from Aug. 22 to Sept. 1 in Spain at the Kaddağı Camp Center of the Turkish Boxing Federation, Buse Naz has so far been to European (2018), European Games (2019), European Union Countries (2017) and Turkey championships (2014, 2016, 2018) throughout her career.

The national athlete commented on the 2019 European Games, for which she received a gold medal. "I got the visa for the European Games about a year ago," she said. "We had been training very heavily for a year. My goal was to go, play the final and get the gold medal. I made it. I am so glad my training was precise. It was a beautiful and notable achievement for us, as well as a very significant light for 2020."

The Fenerbahçe Club athlete, who again began to train following the European Games, pointed to the European Championship as her next step.

Buse Naz recalled that Turkey won two gold medals at the European Games, one in judo and the other one in boxing. "However, there are three European championships in my career," she continued. "This served as a great hope for 2020. I want to receive a gold medal at the upcoming European and World Championships and the Olympic Games in Tokyo in 2020. I am hopeful, and I continue to my training."

Çakıroğlu's trainer Nazım Yiğit stated that he had been working with the 23-year-old athlete for 11 years, adding they prepared for the European Games for a year. "We hopefully triumphed after a good camp period," he said. "All of our competitors had world rankings. However, we received the gold medal." Underlining that Buse had a special gift, Yiğit said they aimed to win a gold medal at the upcoming European Championship as well.