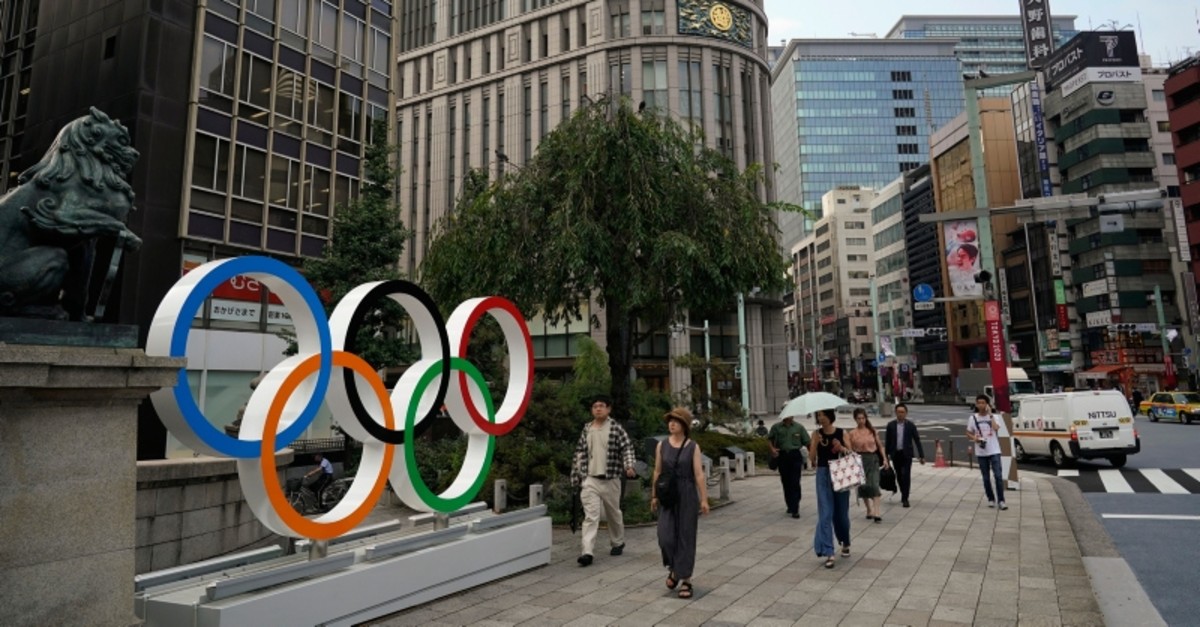 In this Monday, Aug. 19, 2019, photo, people walk past the Olympic rings in Tokyo. (AP Photo)
by Anadolu Agency Aug 22, 2019 7:33 pm
Seventeen Turkish athletes have earned Olympic quota places so far for the 2020 Summer Olympics in Tokyo.

Athletes will compete in four branches in the Olympics but more Turkish athletes are expected to add to the list of Turkey's teams.

In athletics, Mert Girmalegesse, Polat Kemboi Arıkan and Kaan Kigen Özbilen will race in the marathon competition while Yasemin Can will run for medals both in 5,000 and 10,000 meters.

Ramil Guliyev, who clinched a gold medal with a time of 19.99 seconds in men's 200-meter final in the 10th IAAF Diamond League in Qatar's Doha, qualified for the Tokyo games.

In swimming, Berkay Ömer Öğretir and Emre Sakçı will compete in 100 meters breaststroke as Beril Böcekler will compete both in 1,500 meters and 800 meters Freestyle.

Viktoria Zeynep Güneş will also represent Turkey in the mixed 200 meters in swimming.

In addition, Eda Tuğsuz in the javelin throw, Meryem Bekmez in the race walking, Özkan Baltacı in the hammer throw, Necati Er in the triple jump, and Ecem Güzel and Alican Kaynar in sailing, will represent Turkey at the Olympics.

The 2020 Summer Olympics, officially known as the Games of the 32th Olympiad and commonly known as Tokyo 2020, is an upcoming international multi-sport event that is scheduled to take place between July 24 and Aug. 9, 2020, in Japan's capital Tokyo.