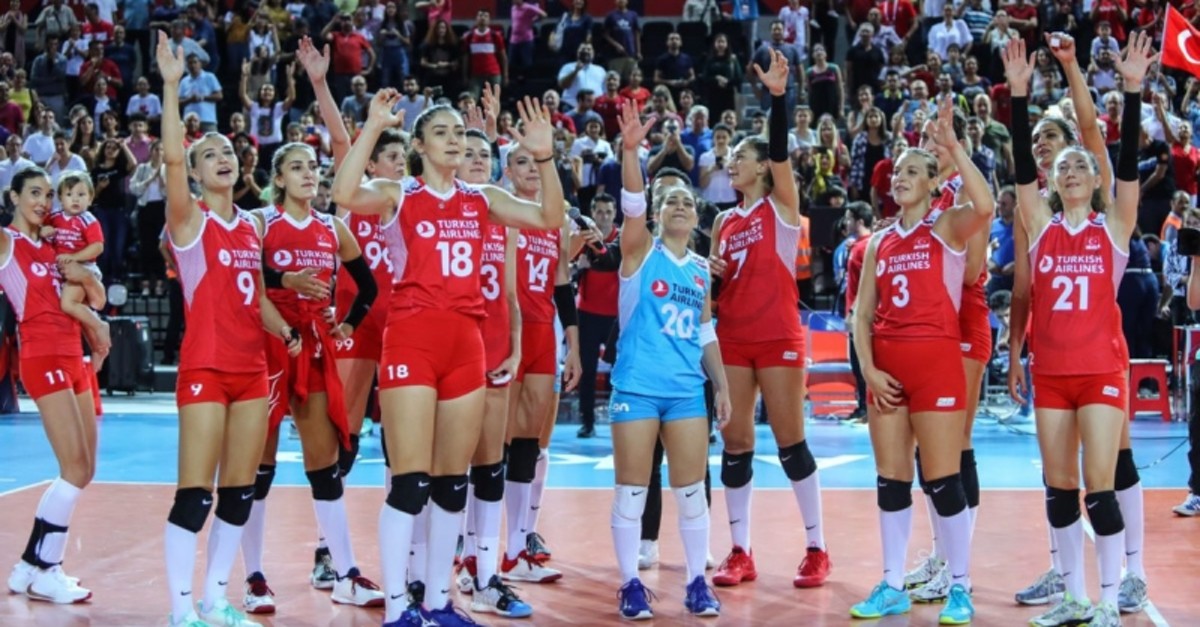 The Turkish national volleyball team advanced to the semifinals of the 2019 EuroVolley Women's European Volleyball Championship with a decisive 3-0 win over the Netherlands Wednesday.

Fresh off from a 3-2 victory over Croatia in the round of 16, Turkey hosted the Dutch team in the capital Ankara where Serbia also took on and beat Bulgaria.

Turkey will now face Poland vs. Germany quarterfinal matchup winner in the tournament's semifinal on Saturday.

After co-hosting the quarterfinals with Poland, Turkey will now host the semis and finals. The country last hosted EuroVolley in 2003.

T​urkey is ranked number five in Europe and have three EuroVolley medals, a silver from 2003 when they hosted the event, a bronze in 2011 when it beat Italy and another bronze with victory over Azerbaijan in 2017.

Nicknamed the "Sultans of the Net", the Turkish team was also the silver medalist of the inaugural FIVB Volleyball Nations League in 2018. Turkey has qualified once for the Olympics, finishing ninth at London 2012. It has also competed four times in the FIVB World Championship, with its best result being a sixth-place finish in 2010.