Turkey to battle it out with Poland in EuroVolley semifinal 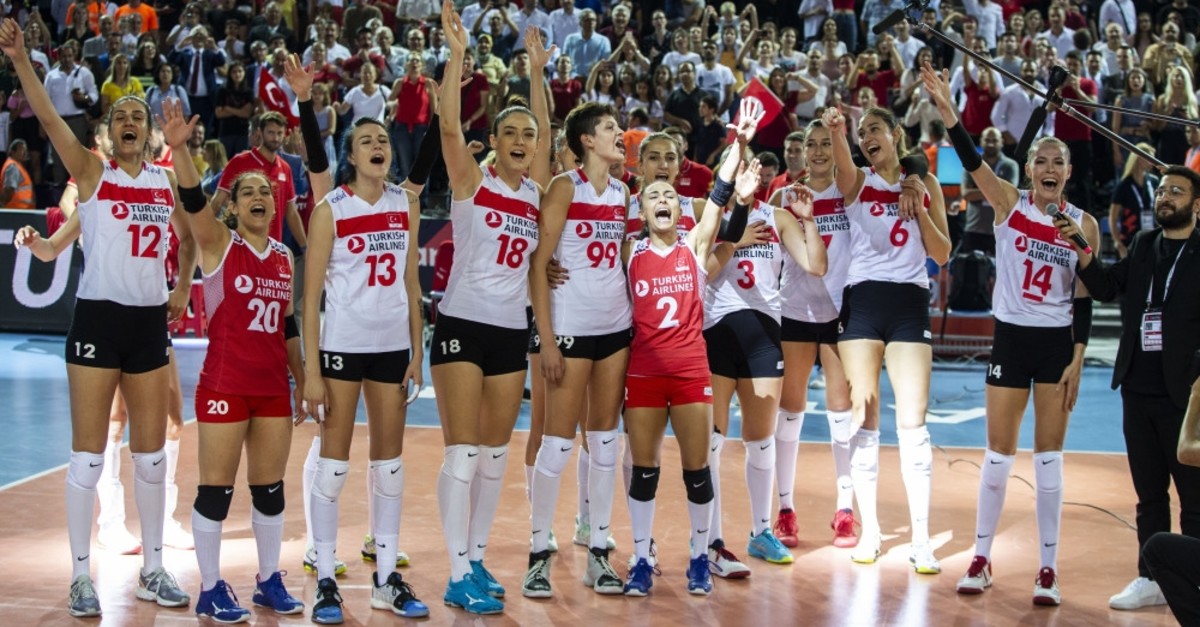 Turkey's Sultans of the Net were at it again with a 3-0 victory against the Netherlands in Ankara Wednesday.

The win takes the women's volleyball national team to the EuroVolley semifinals. It will face Poland who also made it to the semis by defeating Germany yesterday.

The Turkish team, which long relied on home-court advantage, found support in the 12,000 fans in the Turkish capital. As a matter of fact, this was the highest number of fans in any game in this year's tournament. The morale boost resulted in a victory against the Netherlands that came a few days after a shaky performance against Croatia in the eighth final match.

The win stunned the Netherlands and ended its winning streak in the tournament. To make matters worse for the Dutch, their rising star Nika Daalderop suffered an ankle injury in the match.

With the latest win, Turkey remains on course to better its second place finish back in 2003.

Pundits singled out Eda Erdem Dündar and Hande Baladin as the Turkish side's stars, who fired up the team in their victory over the Dutch.

The quarterfinal was a tough challenge but they had "faith" they would win, team captain Eda Erdem Dündar told Anadolu Agency (AA) after Wednesday's game.

"We faced a team which did not even lose a single set before in the tournament. We highly respect them but we were confident and our players did a very good job. They acted with patience to bring in a good result," she said.

The Netherlands started out well with a 3-0 streak in the first set but Turkey found a 7-6 tiebreaker when the Dutch side stalled in defense for a while. Dündar's blocks and a string of curved shots helped Turkey to secure a 15-12 score that forced the Netherlands to call for a break. The Sultans of the Net ended first set 25-20.

Heading into the second set with a revived spirit, Turkey was quick to take the score to 5-2 but the Netherlands recuperated with a 5-5 tie.

The tie was followed with a series of errors for Turkey that cost them an 11-8 loss. Yet, the team managed to make a comeback with a 21-17 score. The Netherlands' Slöetjes brought her team a 21-21 draw but Turkey won the set anyway with a 25-22 score. The third set was harder as the Netherlands stepped up defense and Turkey was losing 8-6 before it recovered and grabbed a 9-9 tie.

What followed was a team that wised up to Netherlands' strategy and dominating the court without any error.

The set ended 25-20 for Turkey. It was the first time the Netherlands could not reach finals in the past two editions of EuroVolley.

Like Turkey, Poland had a home-court advantage when it defeated Germany 3-2 in Lodz. Germany had a good start clinching the first set 25-22, but Poland responded in the best possible way. In the presence of 9,000 fans, the team turned the pace and leveled the score with a 25-16 win.

Aleksandra Wojcik who joined the game in the third set was instrumental in Poland's domination as the team took the lead with a score of 25-19.